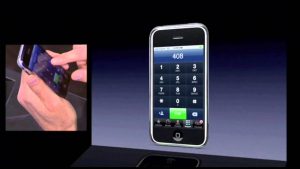 According to recent findings by independent researchers on the Kleiman Vs. Wright case, it finds that Wright claims of using an iPhone in 2006, much before its’ lunch in June 2007.
The findings were shared online by Afentis Forensics, an online investigative research team. It includes the transcript of the court proceedings where Wright claims using an iPhone in 2006.

Despite a mountain of proof and confirmation from experts, the court proceedings of the case continue to be tangled deep in technical legalities.

The Kleiman Vs. Wright Bitcoin case of supposedly $10 billion seems to be going no-where. The surprising twist in the case was brought by an anonymous Bitcoin user when he signed a public message on the blockchain saying, “Craig Wright is a Fraud.” He used the addresses submitted by Wright as the list of addresses he held his Bitcoins in.
The Plaintiff, then swiftly moved on to file a Sanctions motion against Wright and his counsel for producing false pieces of evidence.
In response to the motion filing, Wright argues that he has a right to a jury trial before being deemed guilty of perjury. Moreover, he also moved against the original sanctions petitions on the grounds of “SEALED” documents being made public and used against him. Furthermore, the petition also questioned the credibility of experts cited in the plaintiff’s motion like Andreas Antonopoulos.
https://twitter.com/BitcoinMemeHub/status/1268366834287312897
After a series of setbacks, the plaintiffs asked for an extension for four days to refile their motion. However, the court is now is moving things fast and has denied the motion.

“As the parties are mindful of the deadlines imposed, the Court is equally aware of its obligations to decide matters in a timely manner. The Reply shall be filed by June 8, 2020. Signed by Judge Beth Bloom”

The Plaintiff has until 8th June to file the motion using the evidence of the 145 Bitcoin addresses which were earlier claimed by Wright.
Barring a few, majority of the crypto crowd rebuffs Wright’s claims on Satoshi’s identity. Wright, however, continues to hold onto his claims and has even testified it in Federal Courts. While his ownership of creation makes little difference to the Bitcoin community now, it has continued to delay justice in the Kleiman Vs. Wright case.
Do you think that Wright is avoiding payment or is in the right? Please share your views with us.