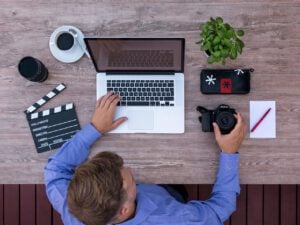 Salesforce Called Out For Firing Employees Based On Political Beliefs

Washington, D.C. – Salesforce head Marc Benioff, perhaps the most liberal CEO in America, had zero defense when he was called out for refusing to protect his employees and potential hires from blatant discrimination based on their respective ideologies.

At the virtual meeting, Danhof submitted this statement:

For today’s annual meeting, I filed a shareholder resolution with the goal of having Salesforce amend its equal employment opportunity (EEO) policy to protect employees from potential viewpoint discrimination. Rather than doing so, the company petitioned the SEC, arguing that it was within its ordinary business operations to discriminate against its employees based on their ideological views. Given Silicon Valley’s well-known liberal leanings, combined with Salesforce CEO Marc Benioff’s far-left public-facing statements and actions taken on behalf of the company, we are concerned that conservatives may face a hostile work environment at the company.

Furthermore, the company is ignoring the financial risks of viewpoint discrimination. Alphabet recently ended a years-long lawsuit for firing a conservative engineer.

Given all this, will you commit today to amend Salesforce’s EEO policy to explicitly protect against discrimination based on viewpoint and ideology?

Danhof’s entire question, as prepared for delivery, is available here.

After nearly ten seconds of silence, it was clear that Benioff was not going to offer a defense for the company’s position.

“Benioff is perhaps the loudest liberal voice in corporate America,” said Danhof. “Yet he can’t defend himself or the company when I called him out on the policies in place at Salesforce. Why would any publicly traded company desire to discriminate against its workforce based on ideological makeup? Benioff couldn’t defend Salesforce’s position because it’s indefensible.”

Salesforce General Counsel Amy Weaver answered Danhof’s question in Benioff’s place. In nonsensical corporate speech, she claimed, “[w]e have a longstanding belief that it is important to have diverse sets of views and policies within our company, and our employees reflect that. It is very important to the company. It is important to our values, our values that have long stood by us at the company, and we continue to believe in those. As we pointed out in our proxy and through the proposal, we believe that the proposal that was presented was not appropriate for the proxy this year.”

Audio of Danhof’s question and Weaver’s response is available here.

Yesterday’s Salesforce meeting marked the 28th time FEP has participated in a shareholder meeting in 2020.

The post Salesforce Reserves the Right to Fire Employees for Political Beliefs appeared first on ValueWalk.