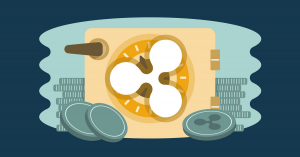 Despite being Ripple’s shimmering quotient, the platform’s on-demand liquidity [ODL] on multiple corridors witnessed a significant slump. This further paved the way for numerous all-time lows.

Real-time gross settlement platform, Ripple has been known for its services that allow users to send money across the world utilizing the blockchain technology. The platform is popular for its partnership with numerous leading banks of several countries. Ripple’s on-demand liquidity [ODL] services claim to have lessened the cost as well as delivery time for payments. Most of Ripple’s ODL corridors use XRP. The ODL platform is undoubtedly Ripple’s shimmering quotient.

The aforementioned corridor had been faring quite well and recently hit an all-time high of 37,356,271. Apart from the Mexican corridor, the liquidity index for BTC markets XRP/AUD and Coins.ph XRP PHP recorded a low of 768,338 and 911,852, respectively. Along with these the Australian, Philippines corridors as well as the European corridor were also observing a low. However, Bitstamp XRP/EUR was comparatively better than the figures of the other three as the liquidity index stood at 6,899338.

Ripple has been eyeing at global expansion and even seems to have trailed its path towards the same. The latest update reveals that SBI Ripple Asia, a joint venture between SBI Holdings as well Ripple would be rolling out an ODL, later this year.

While the ODL corridors have been suffering, the price of the altcoin used in these services seems to be quite stagnant. The fourth-largest cryptocurrency, XRP witnessed a complete sideways movement with limited surges and declines. Over the last few days, the price of the coin was seen going downhill.