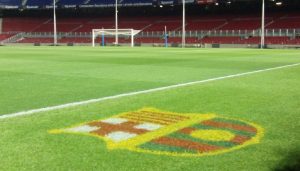 The Barcelona ($BAR) Fan Tokens which were available for sale on Chilliz and Socios earlier today were grabbed in two hours helping the club raise a whopping $1.3 million. Specifically, $777k worth of BAR tokens were moved through the Chillz exchanges in the first two minutes as over 4,000 crypto enthusiasts and Barcelona fans from 106 countries raced to buy the ERC-20 utility token.

Sold out. @socios The $BAR @FCBarcelona token flash sale sold more than $1.3m in less than 2 hours, with $777k in less than 2 minutes on our crypto exchange @chiliz. Fans & crypto enthusiasts bought from 106 countries!!! There was 5x more demand ($6m++) on our platforms. pic.twitter.com/OKxmsbVAte

The flash sale on the Socios.com platform allowed fans to purchase the 600,000 BAR tokens within a 48-hour window on a first-come, first-serve basis.

The amount availed to each fan or enthusiast was capped at 2,000 BAR tokens each sold at €2 and the total supply was set at 40 million BAR tokens.

More than 4,000 fans participated to the @FCBarcelona $BAR. Was bumpy due to too high demand on https://t.co/FqXQ2gB3O5. We are looking to add some extra Fan Token Offering on @socios – stay tuned. Thanks for your support. Amazing. https://t.co/g8KrD5rLn5

Ownership of these tokens doesn’t confer owning a share of the popular football club. Instead, fans with BAR tokens can participate in polls and other club-specific surveys. There are also opportunities for BAR token holders to win real-life awards like visiting the Nou Camp.

“As well as giving fans the right to vote on different topics during the season, fans can also earn rewards linked to the club, including innovative digital experiences and real-life activations, such as the chance to meet players before a game, or to watch a match live as a VIP guest at the Camp Nou.”

Once the purchase window elapsed, BAR tokens will be availed to those who missed out. However, instead of €2, tokens will be priced and sold depending on market forces.

The BAR tokens will be available for trading at Chillz.net and Socios.com. Eventually, by June 24, 2020, the circulating supply of BAR fan tokens will be raised to 1 million.

Barcelona is one of the most popular clubs in the world with estimates placing their fan base to around 360 million.

The main drawer is their trophy chest and a wide support base not only in Spain—where they are champions but across Europe where they have repeatedly won several tournaments.

Fans have taken to twitter complaining that despite the idea being novel and attractive, the Socios.com app simply couldn’t handle the high demand. As such, some fans weren’t lucky to own even “1 BAR.”

“The Buy button at 14:00 on Chilliz Net did not open! And gave page error! Will this victimization be compensated? I was embarrassed to the people I was directing from the beginning.”

Barcelona becomes the latest club to work with Socios. Others include Juventus, AS Roma, West Ham, and Atletico Madrid.