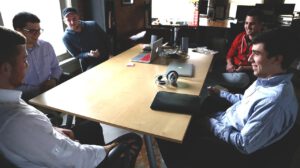 With the COVID-19 pandemic forcing companies around the world to transition their employees to remote work, the conversation has begun and the stigma has been lifted about the effectiveness of remote work and whether it can be done on a long-term basis. While it’s certainly been proven over the last few months that a great deal of business can be accomplished from home, questions remain about what situation people prefer when it comes to their health and well-being.

Paychex surveyed more than 900 full-time employees – 509 who work in an on-site office and 404 who work remotely – about their experience and how their work situation impacts happiness, productivity, physical health, mental health, and more.

The Effects Of Working Remotely

One major argument made against remote work is that it limits teamwork and collaboration – something that the Paychex study seemed to confirm based on the individuals surveyed. While 65% of remote workers reported feeling they were easily able to collaborate with co-workers, 81% of office workers said the same.

Interestingly, the results were much closer when it came to feeling valued in the workplace, with 70% of remote workers and 73% of on-site workers saying they felt valued when working.

Though teamwork may be more of a win for in-office employees, overall remote workers seemed more satisfied with their jobs and the flexibility they had. Remote workers, notably, were 10 percentage points happier with their work situation and 18 percentage points more pleased with the freedom their work situation provided them, compared to on-site employees.

Skeptics of remote work are often concerned with how working from home or outside of an office impacts productivity and ability to focus on tasks. This has been a major argument against working from home, one that continues to be posed throughout the pandemic but has seemingly taken a back seat as companies have adjusted their operations and protocols.

There has been research showing the increased communication that comes with working remotely can increase productivity and even improve upon the number of mistakes made by increasing accountability.

How does working from home really impact productivity and focus compared to being in an office, though? Perhaps surprisingly, 49.1% of office employees surveyed by Paychex said their work environment positively affects their ability to focus – while 58.9% of remote employees echoed the sentiment.

Nearly 27% of in-office workers said they felt their surroundings had a negative effect on their ability to focus, while 19.3% of remote workers agreed. At the same time, the survey concluded that remote workers were three times more likely to start working within 30 minutes of waking up.

It seems plausible that working from home may enable a more unhealthy lifestyle, whereas being in an office removes the temptation to snack and graze. On the other hand, though, would being home motivate people to take some time to exercise when they’d otherwise be stuck in an office for an entire day?

When it comes to fitness, how does working in an office compare to working remotely? The survey showed that 35.8% of in-office workers felt either moderately or extremely fit, while 39.1% of remote employees said the same. Roughly 42% of remote workers surveyed said they felt that their work environment positively influenced their fitness level, while 21.5% said its impact was negative. As for in-office employees, only 22.2% said they felt that being on-site positively influenced their level of fitness.

Remote Work – The Way Of The Future?

Whether office buildings start to become a thing of the past remains to be seen, but one thing the pandemic has surely shown is that a lot of work can be done from home. Even industries and companies that would never have envisioned offering remote work to employees are starting to reevaluate what things look like for the foreseeable future.

In the long term, many companies may still be resistant toward a complete transition to virtual work. However, considering remote workers tend to feel better about their environment and even much healthier than those still working in an on-site office, we could certainly see a seismic shift in the way working from home is perceived in America. 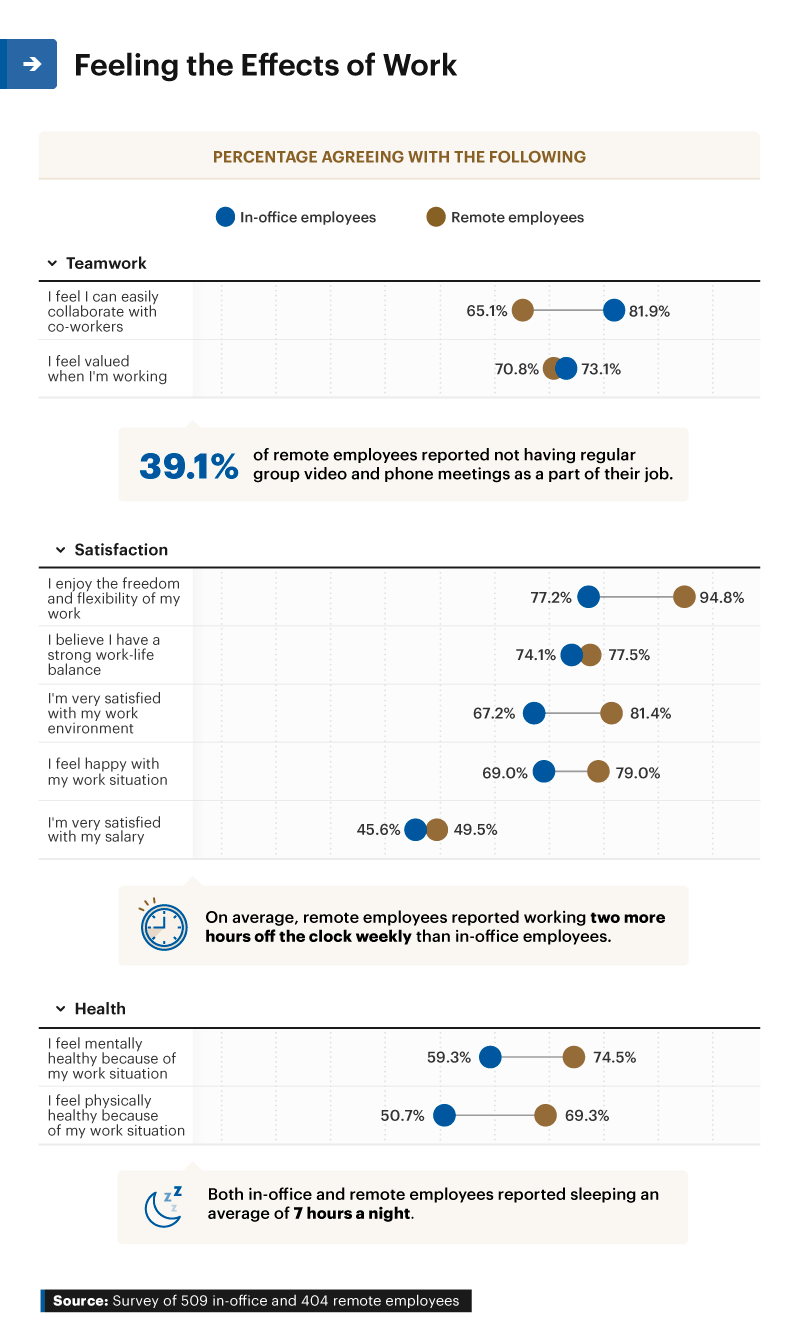 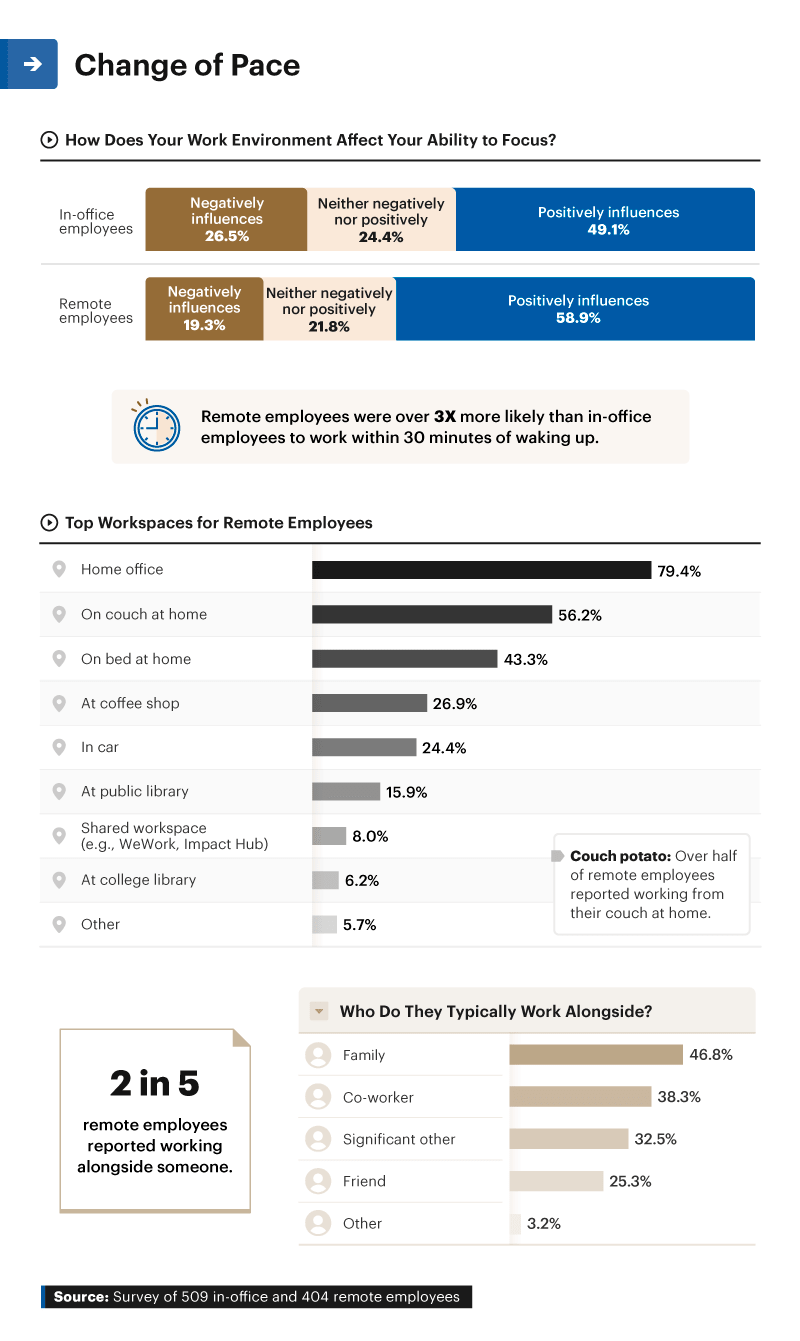 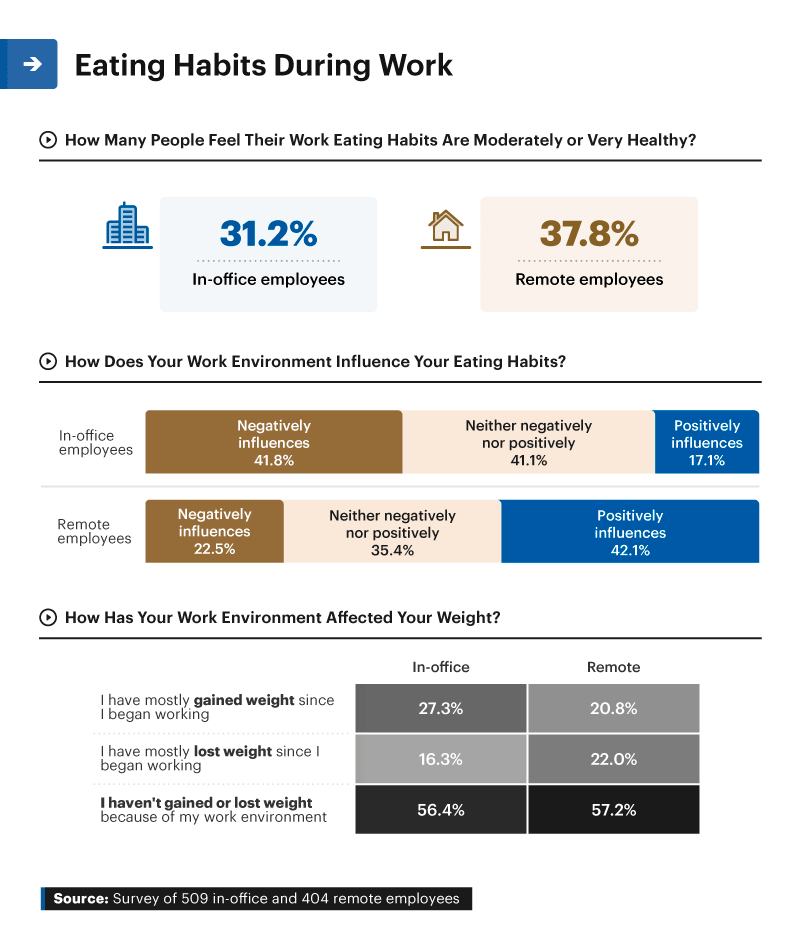 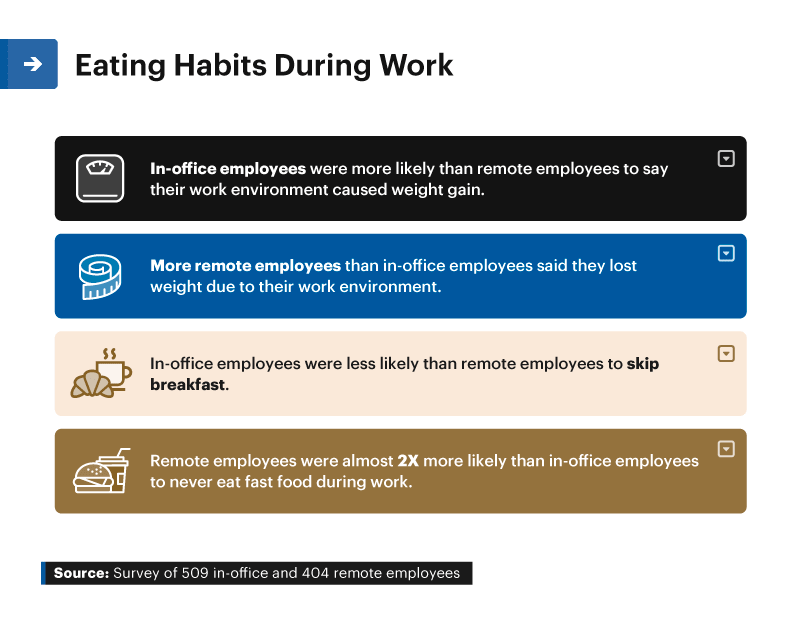 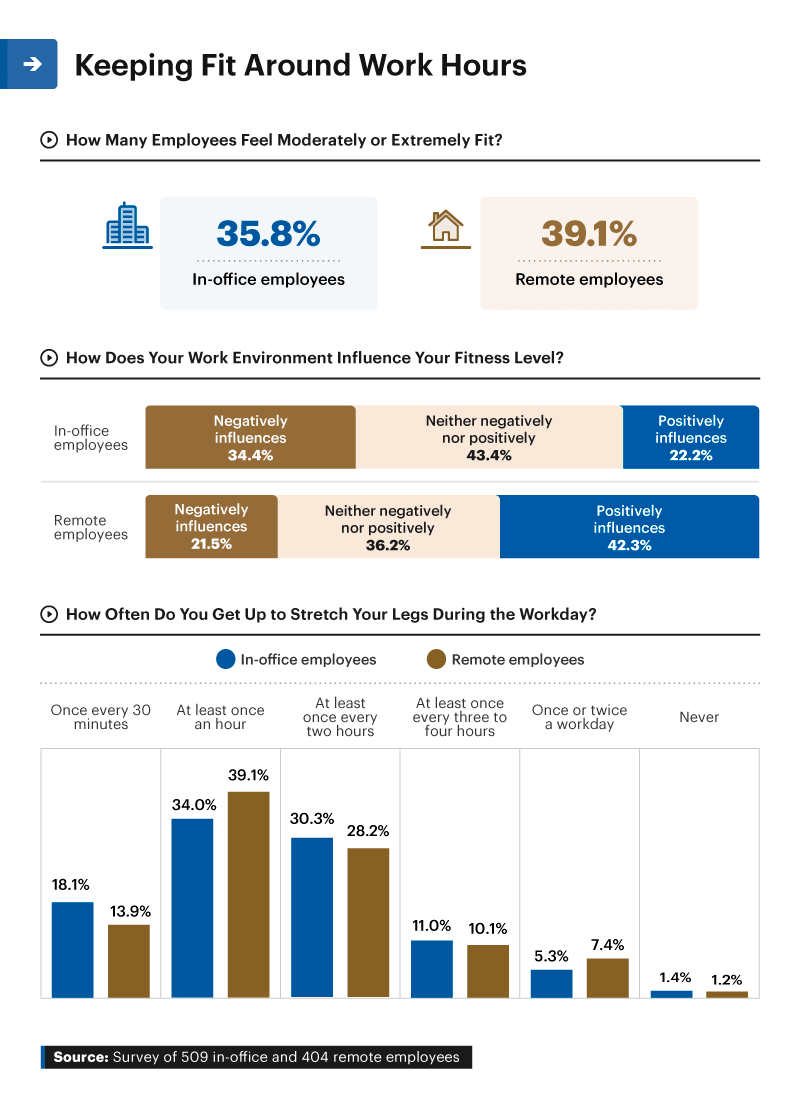 The post On-Site or Work Remotely: Which Is Better for Your Health? appeared first on ValueWalk.