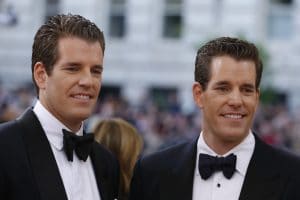 Stampede Venture owned by Greg Silverman and Jon Berg, and the Winklevoss twins (Tyler and Cameron) have teamed up to produce a movie based on the book, ‘Bitcoin Billionaires’ by Ben Mezrich. Mezrich’s second book after ‘Accidental Billionaires‘ (movie – The Social Network) is a story of the redemption of the success in the silicon valley by the twins.

The sequel of ‘The Social Network’ will portray the next phase of the twin’s lives. It will also introduce the success of a decentralized world, and how the twins contributed to and became billionaires from it.

As the first movie won three Oscars including the one of a best-adapted screenplay, the hopes with this will be riding high as well. Silverman told the media,

This is Rocky II meets Wall Street in a world filled with unique and mesmerizing characters. This is going to make an incredible film.

With the Winklvi producing the film and Ben Mezrich’s writing, the film can make a hugely positive outcome for Bitcoin. The brothers noted that Mezrich has portrayed the ‘colourful, frontier days of the cryptocurrency revolution’ in the book and they are excited to share their early years.

Do you think that the movie will be a success? Please share your views with us.