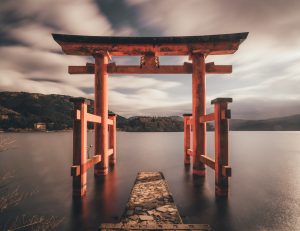 At the recent Japanese Financial Affairs Committee meeting that was carried out on 2 June 2020, the Finance Minister of Japan, Taro Aso, stated that he would not urge to lower the rate of tax on cryptocurrencies to 20 percent in the country. Aso cited the complexity of digital asset investment for many households for his decision.

Japan’s Is A Pro Crypto Nation

Japan is home to several significant Bitcoin and blockchain platforms. The country has taken interest in the field from the very beginning and even went on to recognize Bitcoin as a payment method. Not to forget, the country has also been a hot bet for several crypto-related cyberattacks.  The country recently onboarded several changes to cryptocurrency regulations in the country. These regulations mandate the requirement of platforms engaging in crypto derivatives, to be registered as a Financial Instrument Business.

The country categorizes any income from crypto including lending, mining and even trading under miscellaneous income on taxes. These taxes are conditional to a rate of up to 55 percent. Japan further taxes the profits on assets at 20 percent.

Moving forward to the latest meeting Aso, reverted to a question put forth by Shuna Otokita, a member of Japan Restoration Association. Aso added,

Furthermore, the Minister suggested that persuading investors in the country to convert their money into cryptocurrency would be a task. This rather comes off as surprising considering the popularity of cryptocurrency in Japan. Aso reasoned that the adjustment of the tax rate wasn’t required.

Additionally, a recent survey by Childly highlighted that 66 percent of the respondents out of the 5,750 crypto users preferred taxation of digital assets. This data reveals that cryptocurrency users have no tiffs on taxing virtual currencies.

Another point put forth in the meeting by Shuna Otokita was the leverage limit of 2x on cryptocurrency trading. The leverage limit was lowered from 4x by the Japanese Financial Services Agency (FSA) last month. The FSA believed that it was the right move considering the volatility of digital assets.