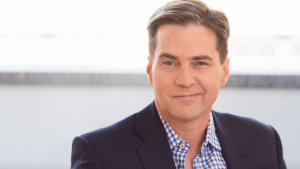 The lawyers of Craig Wright, the self-proclaimed creator of Bitcoin have reportedly sent a letter to Blockstream claiming that Wright was the man behind the addresses that sheltered the stolen Bitcoins from the Mt.Gox hack.

Will The Real Hacker Please Stand Up?

Australian entrepreneur, Craig Wright has been a popular name in the crypto sphere. Wright was one of the early investors in the field. However, things started going haywire for Wright after he claimed to be Satoshi Nakamoto, the creator of Bitcoin. Several from the industry condemned this claim while Wright went on trying to prove that he was Satoshi. While the real Satoshi still remains unknown, the crypto community started addressing Wright by the name, “Faketoshi”.  Apart from this, Wright has been fighting a case against Kleiman’s estate as he was accused of stealing Bitcoin worth more than $5 billion.

However, this time Wright is not making headlines regarding the case. The latest updates suggest that Wright was behind the Mt.Gox hack that took place back in 2011. The Mt.Gox hack was touted as one of the biggest Bitcoin hacks that the crypto industry had witnessed. An exchange based in Tokyo was reportedly carrying out 70 percent of all the Bitcoin transactions across the globe. However, a hacker allegedly transferred a significant amount of Bitcoin into his account further dropping the price of the king coin to one cent on the exchange.

A letter sent to Blockstream was seen surfacing through crypto Twitter. Samson Mow, the CSO at Blockstream shared a letter on his Twitter handle in which Wright’s law firm, SCA Ontier LLP revealed that the Bitcoin addresses that accommodated 80,000 stolen coins from the Mt.Gox exchange belonged to Wright. Mow tweeted,

“The 1Feex address contains ~80k BTC stolen from MtGox in March 2011. Craig Wright is claiming to have been in control of this address until recently, admitting legal liability for damages and interest?”

Several members of the cryptocurrency community were probing the matter. Riccardo Spagni, member of the Monero Core Team also acknowledged the news by tweeting about it.

Just so we’re clear, Craig Wright has just openly admitted (via his lawyers) to be the guy that stole 80k BTC from Mtgox. The screenshots below show the court documents indicating the “1Feex” address is where the stolen Mtgox funds were sent. What do you have to say, @CalvinAyre? pic.twitter.com/Yh1esDar6J

Amidst this, Craig Wright wrote a Slack message talking about the same. The message was shared by Karpelès.