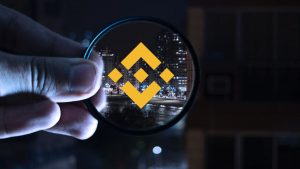 The world’s largest cryptocurrency exchange, Binance revealed that it had undergone the biggest system upgrade to date. A new programming language for the matching engine was introduced into the system during the upgrade.

On 26 June 2020, the exchange revealed that the Binance Spot Trading would undergo a system update on 28 June 2020 post 2:00 AM [UTC]. While all the other upgrades have been fairly short, this upgrade was going to take about two hours. The exchange suggested that during these two hours, features including spot trading, margin trading, P2P trading, withdrawals and deposits, OTC portal trading along with all the others would be temporarily disabled.

While the community assumed that this was like any other upgrade, CEO Changpeng Zhao aka CZ revealed that the latest upgrade was the exchange’s most comprehensive upgrade ever.  CZ took to Twitter to reveal the same. His tweet read,

“We switched the matching engine to a new programming language (and re-wrote all code from scratch, as required). That’s as big an upgrade as you can get. 2 years in the making, all for faster performance. Readying for the next wave… #BUIDL”

Matching Engine is the software that records open orders while creating new trades. This is even considered the “building block” of any crypto exchange. Binance reportedly had the ability to support 100,000 orders per second. The exchange claims to have an “industry-leading matching engine” since the other matching engines could handle not more than 100 orders every second. The latest upgrade could greatly increase the exchange’s capacity of sustaining more orders per second. This would further aid the exchange in dominating the crypto space.

Furthermore, the crypto community flooded CZ’s comment section. A user asked the CEO, “how many Xs faster than the old version?” CZ revealed stated in his tweet,

On one hand the cryptocurrency exchange, Binance has been rolling out several developments almost every day. On the other hand, the price of the exchange’s native coin, the Binance Coin [BNB] has been witnessing a prolonged sideways movement since the past one month. However, the coin has managed to recover from its March dip where it plunged down to a low of $9.96 USD. At the time of writing, the Binance coin was trading at $15.40.