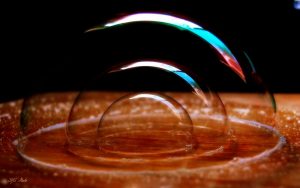 Recently, excess demand for GBTC vs. actual supply of Bitcoin drew a handsome picture of the Bitcoin markets. Reports by independent researcher Kevin Rooke and 100 Acre Investments were the talk of the hour all among all crypto enthusiasts. It essentially meant that one institutional trust in the US is buying up more Bitcoin than generated. However, the facade assumed things faster and hid the actual situation.

According to research by Messari reported by Joe007 (alias),

Direct GBTC market buys were less than 10% of miner emission in 2020.

Not like 100 or 150%, post halving, as the hype would have liked us to believe. In reality, the percentage of new contributions is 31.1% after the reduction in the generation rate of Bitcoins in May. It confirms our earlier report on the ‘ulterior premium motive’ plays by institutions.

Round and Round Goes Institutional Buyer

The GBTC product is attracting new investors, however, at a far slower rate than conceived before. The heap of buy orders, in reality, is being bought by BTC borrowers, looking to tap into the premium. The borrowed BTC is converted to GBTC, where the premium on GBTC is expected to be higher than the borrowing rate.

Hence, it is either a large Bitcoin hodler/OG performing the trade to capture premium, or facilitating another trader to take the arbitrage risk.

According to Nic Carter, the founder of Coinmetrics and partner at Adamant Capital, ‘they’re performing the trade because retail bid keeps supporting a premium even in the presence of HFS continually closing the arbitrage.’

Nevertheless, Whale Panda, an early Bitcoin investor and analyst, feels that since the hyped amount on GBTC is locked for a period of minimum (6 months), there is little reason to see it otherwise. He retweeted saying,

If you’re talking about fundamentals here, either way you look at it more #Bitcoin

gets locked up and there’s (at least at the moment) no way that those $BTC can hit the market again. Also the people buying $GBTC are not likely to buy actual Bitcoin with that money.

However, Joe007 (alias) who pointed out the discrepancy between hype and reality via the Twitter post, notes that borrowed Bitcoins are not locked from the trading market and might be in circulation as we speak. He tweeted,

Case in point, “removal of Bitcoin from the trading market” doesn’t happen if we are talking about borrowed BTC.

Do you think that new retail or institutional buyers are here or adoption requires longer periods? Please share your views with us.