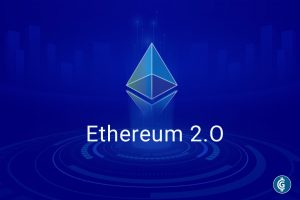 Ethereum, the largest altcoin in the cryptocurrency industry has proved the analysis on Thursday right. The analysis showed that the longer Ethereum stays under $240 and of course the lowest channel of Andrews pitchfork, then bears will also continue to dominate the market space. At the time of writing, ETH/USD has corrected lower from Thursday’s high close to $235 to test the support at $225.

The slight recovery that ensued after the dip has not been able to rise above the support turn resistance at $230. At the moment, the price is trading at $227 amid a growing bearish grip. The downside is also supported by the 50-day Simple Moving Average (SMA) in addition to the buyer congestion at $225.

Looking at the technical picture, indicators show that Ethereum could easily slide lower, breaking the weekly support at $218. The Relative Strength Index (RSI) is moving closer to the midline. Selling pressure has continued to grow since the beginning of June according to the negative gradient of the RSI. In addition, the Moving Average Divergence (MACD) highlights the increasing selling pressure as it closes in on the midline. It also features a bearish divergence, further allowing the bears to increase their confidence.

Data released by Glassnode, an on-chain analysis platform suggests that investors are least concerned with the drab price action at the moment. This is shown by a surge in the number of Ethereum addresses with at least 0.1 ETH. These addresses have been growing steadily since January, perhaps in anticipation of the launch of Ethereum 20.0 which will see staking introduced to the network. Ethereum is expected to gain in value tremendously one, because of the increase in capacity and usability two, due to speculation surrounding the launch.