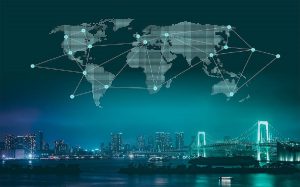 In a move that further cements the importance of vetted, real-world data, China’s Blockchain Services Network (BSN) will integrate Chainlink and its vast network of decentralized oracle systems to governments, enterprise and individual decentralized applications (dApps) running on the BSN via the IRITA interchain service hub, as per a press release on June 23, 2020.

The SNZ Pool—a professional proof of stake operator, will be in charge of nodes that will enable the free flow of verified, third-party information streamed from Chainlink. IRITA is a product built on Cosmos and will be receiving external data from Chainlink before integration into BSN.

This collaboration is net positive as it drives blockchain adoption. Upon activation, developers would easily build different applications on the platform while confident of triggering information. A prototype that demonstrates these advantages is already being built.

Blockchain Services Network (BSN): Why It Is Critical?

In late April 2020, BSN was launched after six months of internal testing. It is a cloud management technology and a backbone technology infrastructure built by a consortium of companies in China with connecting nodes spread across 128 cities in the country.

However, interconnectivity will not be locked to the mainland only. There are ambitious plans to link seven other areas outside China including South Africa in Johannesburg, Singapore, California, and Tokyo. The goal is to ensure that businesses willing to do business in China can deploy dApps via the BSN.

Specifically, the BSN allows all cadre of businesses willing to incorporate emerging technologies in their operation to run applications without launching them from a private blockchain network. It is estimated that running a dApp from the BSN will cost between $150 and $300 a year.

The integration of Chainlink’s oracles, therefore, introduces another layer of security, interoperability, and reliability for Chinese enterprises and government agencies. This, in turn, will boost the level of blockchain adoption in China and across the globe.