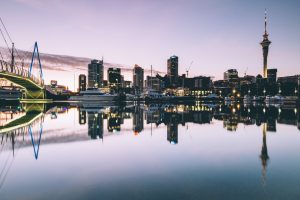 New Zealand police retrieve $90 million from Alexander Vinnik, the owner of BTC-e cryptocurrency exchange who has been accused of money laundering and extortion in France.

Cryptocurrencies have garnered immense popularity over time. While these assets have been gaining traction from across the globe, crime pertaining to these assets is also soaring. However, the police force is not far behind. New Zealand police’s latest nab is substantial proof.

Earlier today, the New Zealand police revealed that they had retrieved about NZD$140 million which is about 90 million USD from Canton Business Corporation. Operations of this business were looked upon by Alexander Vinnik who was also the owner of BTC-e, a cryptocurrency exchange.

The police force revealed that the acquired funds were the largest of its kind in the history of the New Zealand police. Police Commissioner Andrew Coster commented on the same and suggested that the country’s police have previously worked with the Inter Revenue Service [IRS] of the United States regarding this case.

“These funds are likely to reflect the profit gained from the victimisation of thousands, if not hundreds of thousands, of people globally as a result of cyber-crime and organised crime.”

Furthermore, Coster even stressed on the fact that New Zealand would not be categorized as a “safe haven for illicit proceeds generated from crime” across the globe.

Currently defunct, BTC-e was a cryptocurrency exchange that had been taken down by the United States’ government. The website was dismantled as it lacked AML policies which further paved the way for cybercriminal activities. Vinnik who was also known as Mr.Bitcoin was arrested in 2017 in Greece as he allegedly laundered about $4 billion which is 300,000 BTC while he was running the cryptocurrency exchange. Several speculate that these funds could have come from Mt.Gox, the biggest hack that the crypto community has ever endured.

Vinnik’s extradition time has been quite turbulent. The alleged money launderer has gone on hunger strikes multiple times during his 2-year stay. Earlier in January, Vinnik was indicted with charges pertaining to extortion as well as money laundering in France. While Vinnik is currently apprehended in France, he could be shifted to Russia or the U.S.