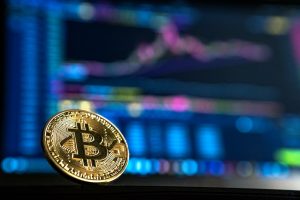 Bitcoin is back in the bullish phase after a considerable recovery from levels around $9,300. BTC/USD was forced back into the $9,000 range after it became very difficult to sustain gains above $10,000. On Monday, BTC had a short-lived spiked above $10,400 but an immediate reversal saw the bulls rush to defend the support at $10,000. Unfortunately, due to low volume and formidable support areas, Bitcoin spiraled towards $9,000.

At the momentum, Bitcoin is trading at $9,681. All eyes are glued on breaking above $9,700 (previous resistance zone). Gains above this zone could also pave the way for action past $10,000 in the same way it did on Monday.

A wider scope of Bitcoin’s market that the volatility is expanding. As the trend becomes bullish and more buyers enter the market, the European session could encounter more activity. For now, technical indicators show that Bitcoin could consolidate the gains from $9,300 above $9,600. The RSI, for instance, is currently moving horizontally at 60 after a retreat from the overbought region. Sideways trading would allow time for more buyers to join the market as their confidence in the recovery to $10,000 builds.

According to McGlone, Bloomberg’s commodity analysis, Bitcoin has the potential to double its value to $20,000 by the year. The analyst says that Bitcoin’s potential growth is reminiscent of the increased active addresses, surging futures markets due to institutional involvement, and the halving’s positive impact. McGlone reckons that Bitcoin’s trend before and after halving is similar to that in 2016 and if history repeats itself then $20,000 by the end of 2020 is possible.