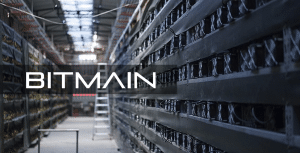 Bitmain drama prolonges. The Bitcoin mining equipment giant’s ousted CEO, Micree Zhan recently released a document accusing Jihan Wu of engaging in illegal activities including, theft as well as the wrongful use of the company’s money.

The entire world has come together to fight the deadly COVID-19 malady. While the globe consolidated to face a problem so big and have been quite successful in doing so, the founders of the mining equipment giant, Bitmain are still prolonging their eternal spat.

Beijing-based Bitcoin mining equipment company, Bitmain is once again under the gun as the company’s ousted CEO Micree Zhan shared a list of illegal activities that Jihan Wu, the co-founder of Bitmain had indulged in. Hashkey Hub’s Mo Li shared a thread on Twitter translating Zhan’s list from Chinese. Li suggested that people sell their BCH as Jihan Wu could end up behind bars post Zhan’s announcement.

As per the announcement, Zhan alleged that he possesses 36 percent shares of Bitmain in Cayman as well as 59.6 percent voting rights. Citing his powers, Zhan suggested that change in authority without his supervision was impossible. However, Wu had reportedly unilaterally devised a shareholders’ meeting where Zhan was stripped of his voting rights and was removed from his post as the director of the company. Zhan also points out that the meeting never took place. Furthermore, Zhan pointed out that Wu even took over Bitmain HK and stole the business license along with the stamp of the Beijing office to change the hierarchy.

Zhan further shed light on the pursuits of Wu after he acquired the company. According to Zhan, Wu supposedly spread rumors on behalf of the mining company. Zhan stated,

“…… Wu is used to putting his will above the law. What he has done fully reflects his ignorance of the law.”

Zhan concluded his list by urging Wu to reduce spending the company’s money on mercenary hype in the media as he believes that ‘justice is in the law and not in the media hype’. Besides, Zhan suggested that Wu rather spend time with the court in Cayman to solve the problem legally.

Jihan literally tried to steal a company. He pulled all sorts of shady tricks like he did when trying to fork Bitcoin. It was only a matter of time until it caught up with him. https://t.co/qBIADWxrGu

If Micree Zhan’s accusations on Jihan Wu turns out to be legit, Wu is definitely under a lot of trouble, the community speculated.

Bitmain recently sold-out all of its latest ASIC models. Despite this, the company may be in big trouble if this managerial tiff at Bitmain doesn’t see an end.