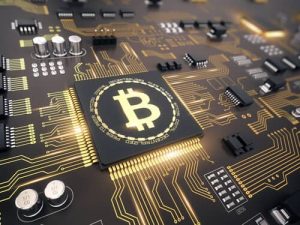 There are fears of “bulk bank cards freezing” that has affected the operation of Bitcoin and crypto miners in the Chinese province of Sichuan according to local media reports. Reports show that several crypto mining and OTC operators’ bank cards were frozen. On follow up they were asked to conclusively verify that their sources of funds were not from black money operations or other illegal activities.

One miner told the publication that his ICBC card was frozen on June 4. Other miners and OTC operators had theirs frozen on June 4 and 5, respectively, sending down chills and throwing the Sichuan Bitcoin mining community to confusion following news that the province, on orders from the central government, had embarked on regulating miners.

City officials have expressed orders to stop the proliferation of illegal activities.

Ordinarily, miners to sustain their operations which usually resource-intensive demanding millions of dollars to cover for electricity, rental, and cooling costs, have to liquidate their crypto holdings for fiat currencies.

This conversion to the Yuan or the Tether US (USDT) is a loophole where money can be laundered or “black money” injected into a system. To stem and even cut off this probability, Chinese officials seem to be regulating miners while keeping an eye on Bitcoin and crypto Over-the-Counter (OTC) desks.

Most miners, with thousands of coins at any given time, prefer OTC desks than crypto exchanges.

Note that Crypto trading has been banned in mainland China and as the report shows, OTC operators have been actively assisting the police to curb black money operations.

The close cooperation between crypto entities and regulators through initiatives like the Technology Aid Channel has seen prosecutors nab several culprits in their effort to contain fraud and money laundering.

However, some OTCs remain off the grid in Sichuan and regulators are now beginning to rein in, explaining the card freezing incidents of crypto miners in the area.

Specifically, OTC trading of USDT was hardest hit as investigators zeroed in on suspect miners involved in black market operations and money laundering. The Bitcoin network continues to operate unabated. Hash rate, a measure of the network’s computing power, is steady at around 116 EH/s according to BitInfoCharts.