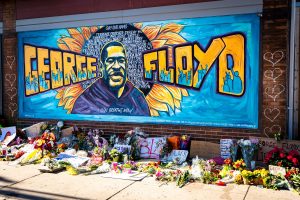 The largest cryptocurrency, Bitcoin has finally surged past $10,000 for the first time since its third halving. The price of the coin at press time stands at $10,118, with a 5.98% increase over the past 24 hours.

While the entire globe was in a lockdown due to the pandemic, the price of Bitcoin plummeted to a low of $4,880, several notionally theorized that Bitcoin would have a tough time reaching 10K. However, the recent price action of the coin says otherwise.

Apart from Covid-19, an array of protests has been tearing down the United States. People of different states in the country have been converging to bring justice for George Floyd, who died in the hands of a Minneapolis police officer. Floyd’s death has stirred up factors pertaining to racial iniquity causing damaging riots throughout the country. As the demonstrations entered its sixth day, the price of Bitcoin witnessed a massive surge, pushing the coin beyond 10K. Bitcoin is playing out as a safe haven asset as expected by the community.

Several from the crypto community addressed the king coin’s price movement via Twitter. Micheal Novogratz, the CEO of Galaxy Digital revealed his take on Bitcoin’s fate and the possible reason abaft the ascension in BTC’s price. His tweet read,

“$BTC is coiling. It will take out 10k soon. All the tragic turmoil in the USA adds to the narrative. Budgets are going one way and it’s the opposite of balanced. When 10k goes it will move fast. Get on the train.”

And #Bitcoin is over $10k again. Like every other era, this will look very cheap eventually.

Furthermore, on-chain market analysis platform, glassnode pointed out that 79% of the subsisting Bitcoin supply is under a condition of profit. Ever since its 45%  low during March, this factor has reportedly been steeply progressing.

Additionally, Novogratz also mentioned to look out for Gold vs Bitcoin as he tweeted,

“Also, watch Gold vs Bitcoin. Of that chart breaks higher it will turbo boost Bitcoin.”

Apart from Bitcoin, other prominent altcoins like ETH, BCH, LTC, and BSV have been soaring significantly. Bitcoin Cash, at the time of writing, stands at $265.62 with an incrementation of 9.57% in the last 24-hours.
The price of Bitcoin hovering at 10K has been bolstering the fact that the coin is a safe haven. BTC’s price has seen a 15% increase ever since investment banking company, Goldman Sachs slammed the coin and even advised its clients against buying it.