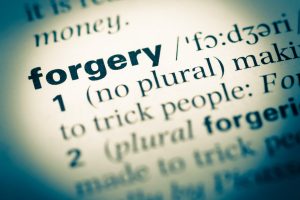 Craig Wright might not be a doctor after all. The Australian computer scientist who claims to be the creator of Bitcoin has had his doctorate thesis removed from the University due to suspicions of plagiarism.

Earlier in May, Charles Sturt University, Melbourne, Australia, had opened an investigation into the allegations against Wright’s publications. Now, reportedly, his thesis on ‘The quantification of Information Systems Risk a Look at Quantita has been removed from their website.

This doesn’t come as a surprise for cryptocurrency enthusiasts because of the general reputation of Wright that he has built over the years.

Moreover, he is defending a $1 billion federal court case where has presented himself as ‘Dr. Wright.’ The revelation of fake publications would further weaken his stand in court. Earlier, he has also been proved to have submitted false documents to the court in relation to the case.

Wright Also Applied to a job at Bitcoin Foundation

Reportedly, in an excerpt from the court filings, it is found that Wright has applied to Gavin Andersen to work at a Bitcoin Foundation. Andersen is said to have ignored his application.

As the mockery with the leading believer and proponent Calvin Ayre, investor and owner of Coingeek was again teased by Monero creator, Riccardo Spagni. He tweeted,

Hey @CalvinAyre, why did Craig apply for a job at the Bitcoin Foundation when he’s Satoshi and had a million Bitcoin?

Has It Finally Become Moot?

Furthermore, lately, the argument seldom has any effect on the crypto markets, it seems to have finally become moot. While the broader consensus among cryptocurrency circles has been against Wright, some of the proponents of Bitcoin SV seemed stuck to the hope. The Bitcoin fork has lost a considerable amount of traction since the copyright hysteria last year.

The total realized market capitalization of BSV is 1.56% of Bitcoin [BTC]. The mining hash rate has been in the 1-2% range of the total hash rate of Bitcoin as well.

How long do you think before the liquidity on alternated payment based cryptocurrencies crashes to zero? Please share your views with us.