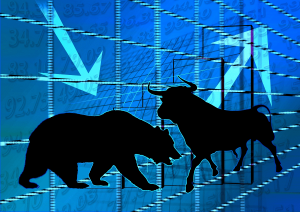 The correlation between Bitcoin [BTC] and gold is at an all-time high. Moreover, looks like the de-coupling with the S&P 500 has happened completely as well.

The important point to understand here is why the S&P correlation held during March-April. The rise in both these assets was driven by the disbelief after panic crash in March. Not only did it liquidate the long-players in the market but a lot of players shifted to the sidelines or took the bear route following the crash. Hence, the combination of positive fundamentals, halving, and short side liquidity provided ample room for the bulls to ride it back to $10,000.

The month concluded with Bitcoin’s rolling 30-day correlation with the S&P 500 falling to 0.13. At the same time, its correlation with gold stood strong at 0.50, supporting claims the asset is acting as an alternative store of value and an uncorrelated asset with respect to risk-on assets.

Yacht or a Snicker: Bitcoin or Gold?

Leading on-chain analyst, Willy Woo, drew up a new chart on his website, comparing the growth of Bitcoin and Gold since Bitcoin’s inception. The difference is huge – over $12.78 million. Moreover, what’s important here is to understand that the limited supply and digital design has made it more attractive for the younger population than gold.

Gold Bounces Back, Will it Hold?

The economy has restarted after the lack-down and the stock markets are back to its’ high. However, there is still tension in the market due to rising debts, inflationary scares, and unemployment.

All these assets have been bullish in the last three months. S&P 500 index is back above $3200, with Gold looking to hold support $1,700. The recovery in gold and Bitcoin has been higher compared to the highs in February and March. Nevertheless, the NASDAQ index breached its ATH on Monday as technology stocks showed major strength.

“This is the first recession since 1870 triggered solely by a pandemic, and it continues to manifest itself… Given this uncertainty, further downgrades to the outlook are very likely,”

Since the GDP of nations is expected to contract by over 5% (global average), with a recession in the U.S. (-6.1%), Eurozone, and India (-3.2%). Hence, the upside to the stocks seems to be limited here. Commodity markets (silver, gold and platinum) along with Bitcoin seems to be a safer investment in current times. Nevertheless, the buyers are facing strong resistance from the $1700 area for Gold and $9800-$10,000 area for Bitcoin.

Do you think that the resistances will be broken this summer? Please share your views with us.