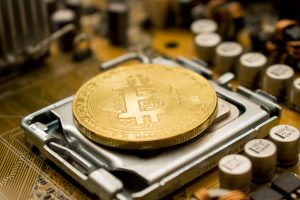 Many members of the cryptocurrency community have been viewing Bitcoin as a safe haven asset. However, a Professor from South Korean and the Chairman of Forbes Inc. call out Bitcoin’s volatile nature.

Is Bitcoin Cut Out To Be A Safe Haven Asset?

It’s been more than a decade since Bitcoin hit the market. Touted as the first cryptocurrency, Bitcoin has been dominating the crypto sphere in terms of both market cap as well as price. At the time of writing, the king coin was trading at $9,456.43  while the price of other cryptocurrencies wasn’t even half of the price of Bitcoin. Over the years, Bitcoin has been given several sobriquets, including king coin, digital gold, and the most recent term is “safe haven” asset.

Bitcoin has been time and again associated with the term safe asset as it acts as one during times of catastrophe. However, South Korean Professor Hong Ki-hoon of Hongik University thinks otherwise. As reported by The Scoop, Hong suggested that Bitcoin or other similar cryptocurrencies should not be categorized as safe-haven assets. He asserted,

“To be an asset shelter (safe-haven asset), two conditions must be satisfied. First, the asset’s value volatility must be low, and second, when the market volatility is expected to increase, the value should also rise. Cryptocurrencies do not satisfy the conditions.”

Covid-19 is no less than a catastrophe. During the time of this pandemic, several individuals resorted to exploring the fruits of the crypto industry, further fueling crypto volume. However, Hong justified the rise in volume by stating,

“The reason for the increase in the volume after the markets crashed was that the spirit of investing in higher volatility worked to compensate for the depreciated asset value.”

The volatility of cryptocurrencies and market manipulation has been the main concern of reluctant investors across the world which has further categorized cryptocurrencies as high-risk assets. Steve Forbes, the Chairman of Forbes Inc. recently appeared in an interview and addressed the volatile nature of Bitcoin. Forbes further pointed out the lack of stability  in cryptocurrencies and suggested that Bitcoin is “one-day steak and the next day dog food.” Citing the same he believed that a long term contract with Bitcoin was a bad idea.

“Well, you should look at cryptocurrencies as a high-tech cry for help yielded from the instability of a government printed money today.”

Contrary to the concerns of hesitant investors, Bitcoin’s volatility index has been fairly low over the past few days.

Additionally, Forbes also suggested that if cryptocurrencies attain stability, the governments would be “very upset” as they would lose the chance of meddling with people’s money.