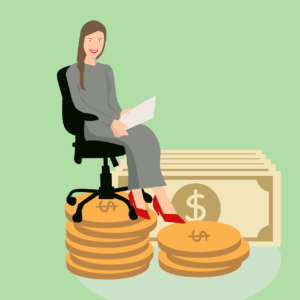 Washington, D.C. – Consumer advocates criticized the Federal Deposit Insurance Corp. (FDIC) for today finalizing a rule that encourages online non-bank lenders to launder their loans through banks so the non-bank lenders can charge triple-digit interest rates in states where high rates are illegal. The OCC finalized a similar rule last month. The rules were strongly opposed by a bipartisan group of attorneys general, as well as by dozens of community, consumer, civil rights, faith and small business organizations, and may face legal challenges. At least 45 states and the District of Columbia cap rates on many installment loans.

“The FDIC has been letting its banks help predatory lenders charge up to 160% APR in states where that is illegal, and this unlawful rule will only encourage these abusive rent-a-bank schemes. Interest rate limits are the simplest and most effective protection against predatory lending, and states have limited interest rates since the founding of our nation,” said Lauren Saunders, associate director of the National Consumer Law Center. “It’s deeply disturbing that the FDIC and OCC are encouraging high-cost lending rather than working to protect people, especially low-income families and people of color who are being hit the hardest during the COVID-19 crisis.”

“Neither FDIC nor OCC leadership has taken meaningful action to stop the banks they regulate from providing a smokescreen for nonbank lenders to violate state interest rate caps. Even worse, the FDIC has now joined the OCC in issuing a rule that helps clear the runway for more of these predatory lending schemes to take off,” said Rebecca Borné, senior policy counsel at the Center for Responsible Lending.

Banks are generally exempt from state rate caps that cover non-bank payday, car-title, installment, and other non-bank lenders. High-cost online lenders have tried to take advantage of this exemption by laundering their loans through banks. Opploans, Elevate’s Elastic and Rise, Enova’s NetCredit, LoanMart’s Choice Cash, EasyPay, and Personify Financial charge 99% to 160% or higher but claim they are exempt from state interest rate limits because they use FDIC-supervised banks such as Republic Bank & Trust and FinWise Bank to originate the loans.  The banks then assign most of the interest and profits back to the online lenders or entities controlled by them. NCLC’s website has a Predatory Rent-a-Bank Loan Watch List that describes high-cost rent-a-bank schemes and where they operate.

The FDIC’s rule states that when a bank sells, assigns, or otherwise transfers a loan, interest permissible prior to the transfer continues to be permissible following the transfer. But last month, a Colorado court rejected that argument, finding that an online lender, Marlette (which operates under the Best Egg name) had to comply with Colorado’s interest rate limits. The court found that the provision of the Federal Deposit Insurance Act giving banks the right to charge any rate permitted by their home state “by its plain language does not apply to non-banks, therefore federal preemption [of usury claims against nonbank assignees] does not apply.” Marlette charges up to 29.99%, which is not as sky-high as other high-cost rent-a-bank schemes but is still quite high on loans that can reach $35,000 or more, and is above the 12% allowed for unlicensed lenders in Colorado and even the 21% allowed for licensed lenders.

“As the Colorado court held, the Federal Deposit Insurance Act does not apply to non-banks, and the FDIC therefore has no authority to prevent states from limiting interest rates charged by non-bank lenders,” Saunders explained.

The new rules by the OCC and FDIC do not address whether the bank is the “true lender,” which impacts whether the interest rate is permissible even prior to the transfer. But earlier this month, new Acting Comptroller of the Currency Brian Brooks stated that the OCC plans to issue a new true lender rule to help stem litigation against the fintech lending industry, and that he expects the  FDIC to do the same.

“The FDIC and OCC are encouraging lenders to ignore state protections put in place to prevent the harm caused by unaffordable high cost loans. Congress needs to stop these abuses by capping sky-high interest rates nationwide. Families are facing acute financial distress because of the COVID-19 pandemic; the last thing they need is a lender taking advantage of the situation to snare them in a debt trap.” said Linda Jun, senior policy counsel of Americans for Financial Reform Education Fund.

The nonprofit National Consumer Law Center® (NCLC®) works for economic justice for low-income and other disadvantaged people in the U.S. through policy analysis and advocacy, publications, litigation, and training.

The Center for Responsible Lending (CRL) is a nonprofit, non-partisan research and policy organization dedicated to protecting homeownership and family wealth by working to eliminate abusive financial practices.

AFREF is a nonpartisan, nonprofit coalition of more than 200 civil rights, community-based, consumer, labor, small business, investor, faith-based, civic groups, and individual experts. We fight for a fair and just financial system that contributes to shared prosperity for all families and communities.