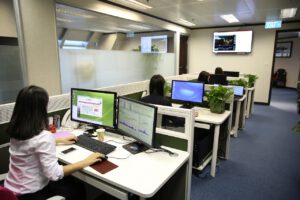 Hearing the word MLM already sparks up controversy in most people’s minds. The majority of fraud cases that most people have heard about had something to do with Multi-Level Marketing (MLM) companies or their subsidiaries. Therefore, it’s not necessarily a surprise to see that people are not really fond of these brands.

But there needs to be a dividing line between fraudulent MLM companies and “normal” MLMs. Most people would name the business models as the dividing lines, but when we take a look at the largest MLM companies in the world, it’s not hard to see similarities in this regard. Almost all of them use the Pyramid method to distribute salaries and commissions to their “employees” or “entrepreneurs” as they like to call them.

The Most Popular MLM Companies

But what benefit does it bring to governments? Why doesn’t everybody simply outlaw the practice of MLM? Why do we still have companies that are profitable in this regard? Well, we can always take a look at the available examples. Let’s start with the most popular one.

Herbalife is a Multi-Level Marketing company focusing on selling weight-loss and beauty products to its customers. It has existed for many decades now and is considered one of the most successful brands in the MLM sector.

Many would ask why and how Herbalife has managed to reach this level of success and fame while operating a very fraudulent-looking Pyramid system? Well, it’s quite easy to understand.

The key to their success was the demand they found for the products they were selling. In the United States alone, the demand for weight-loss products was skyrocketing way before Herbalife became a company. Products and services to help with weight loss were flying off the shelves of stores, but there still was not enough supply.

Herbalife’s plan was to make something enjoyable, simple, and effective. Needless to say, taking a look at some of Herbalife’s consistent users it’s hard to say the product is ineffective.

However, Herbalife’s real value was truly shown in 2020 before and during the COVID-19 pandemic. Like every other company, Herbalife lost most of its stock value within the month of March when most economies around the world shut down. However, within just a couple of days, the company immediately started recovering most of its lost value.

The lowest Herbalife’s stock price reached this year was $23.35, which was a topic of concern, no doubt about it. However, as we can clearly see, the demand and availability of the product made the price recover almost instantaneously. The price sits at a comfortable $44.53 and could be poised to continue growth due to demand that some analysts are predicting.

This company is what you would call a typical MLM. It has been investigated multiple times by different governments on charges of running a Pyramid Scheme, it operates exactly like you’d think (asking “employees” to buy the products and then sell them at whatever markup they want) and is considered the most successful MLM in the history of MLMs to be honest.

The company was founded in 1959, so it’s fair to say they had a good headstart compared to their competitors. They were recognized by Harvard Business School as one of the most profitable direct selling companies in the world, thus putting them even further on the map.

When it comes to the products themselves, it was just the regular self-care and beauty products that we see smaller MLM companies try to sell these days.

The core value of this company is pretty much similar to Herbalife. They gave opportunities to unemployed Americans but did it in a way that many would consider shady these days.

But, it can’t be denied that the company managed to reach these numbers through actual growing interest.

Currently, Amway stock is not necessarily in the best position. After the pandemic the stock price for Amway tanked, alongside every other listed company. However, the only issue Amway is facing right now is that it was not as effective at recovering this lost value as its direct competitors or similar companies.

But, here’s the idea. Since we are already aware that similar companies have managed to recover most of their value in the midst of a pandemic, there is a chance that Amway will experience the very same thing.

The lag behind other brands is understandable, considering the size of Amway as a whole and its more international focus. Regardless though, almost everybody agrees that Amway will regain its previous stock price, be it with a spike or consistent growth.

However, regardless of what people may say and mention about MLM companies in the future, these companies will never be viewed in a positive light. And they most certainly shouldn’t be. No matter how much value these companies may bring to an economy if their products are indeed in demand, tactics such as forcing employees to buy these products should be abandoned as fast as possible.

The post A Look At The Most Prominent MLM Companies appeared first on ValueWalk.