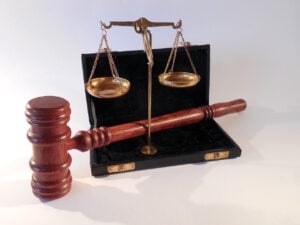 Washington, DC – Today, 66 groups, including Freedom From Facebook & Google, Athena, Demand Progress, and the American Economic Liberties Project, sent two letters to the House Judiciary Subcommittee on Antitrust, with Speaker Nancy Pelosi copied, calling for the Subcommittee to “compel the testimony of the chief executives and any other relevant leaders of Amazon, Apple, Facebook, and Google — and to subpoena any necessary documents that those entities might be withholding.”

The letters seek to instill a sense of urgency within the Subcommittee. With only six months left of the current legislative session, and after a year of work on their bipartisan investigation, the Subcommittee must act quickly to ensure that the investigation — and any subsequent reports — can be written with full consideration given to all relevant materials.

The groups argue that Facebook, Google, Amazon, and Apple have significant power over the country’s commerce, discourse, and communities — power that is likely to increase over the course of the pandemic. To allow these corporations to refuse to hand over critical documents or have their leaders ignore calls to answer questions from the nation’s elected legislative body would be to cement the perception — and perhaps even the reality — that these corporations operate outside of the jurisdiction of Congress and regulators, and outside the rule of law.

“We applaud the Subcommittee for the measures they’ve taken to this point to uncover critical information about how these dominant platforms impact our economy and democracy,” said Sarah Miller and David Segal, Co-Chairs of Freedom From Facebook & Google. “But as the investigations progress, the unwillingness of these corporations to be forthcoming, and misleading testimony by an Amazon employee before the Subcommittee, warrant a heightened degree of seriousness and speed. Congress needs to know how these corporations operate so that it can legislate, and that won’t happen without timely action from the Subcommittee.”

“Jeff Bezos has already demonstrated his contempt for elected officials by dismissing their direct requests and sending his subordinates to mislead Congress on his behalf. As the richest man in the world, Bezos might think he is above any accountability. His arrogance is in a league of its own, but it’s representative of an industry whose executives believe themselves to be above scrutiny from the American public. It’s up to the House Judiciary Committee to prove them wrong. Rather than holding our breath and hoping that Bezos finally discovers his sense of public duty, the Committee should finish what they started and use their subpoena power to compel Bezos to testify,” said Maurice BP-Weeks, Co-Executive Director of the Action Center on Race and the Economy, an Athena member group.

The letters can be read in full here and here.

Demand Progress is a national grassroots group with two million affiliated activists who fight for basic rights and freedoms needed for a modern democracy. Visit our website: https://demandprogress.org