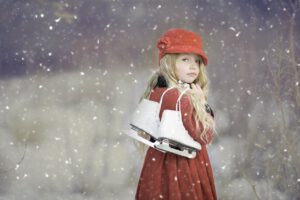 This week as the infection spread, the death toll continued to rise, and millions more Americans filed for unemployment, President Trump continued to ignore dire warnings public health and other experts made about the longevity of the crisis and the severity of the economic downturn as large corporations and the well-connected disproportionately benefit from the aid the administration has provided. If things stay the way they are, 2020 could be the darkest winter in modern history.

Here’s what experts and officials warned us about this week:

Warning: We Do Not Have Enough Tests For A Strong Economic Recovery

On Sunday, Sen. Lamar Alexander, chair of the Senate Health, Education, Labor and Pensions (HELP) Committee, said the “only solution” to reinvigorating the nation’s economy is to “test, trace, isolate, treatments and vaccines” — an impossible feat with the nation’s current testing capacity. On Tuesday, at a hearing of COVID-19 testing, Sen. Mitt Romney said the nation’s testing record was “nothing to celebrate whatsoever.” President Trump continues to tout his administration’s record on testing anyway and said testing was “overrated.”

This week, Accountable.US (A.US) launched WhereAreTheTests.com to document the administration’s months-long failure to address testing for the coronavirus pandemic with even a modicum of urgency. In addition, Accountable.US released internal state documents as part of its 50 States Open Records Project showing states struggling to obtain critical testing supplies from the Trump administration.

Warning: The Nation’s Supply Chain Is Not Ready To Produce A Vaccine

On Monday, Politico reported “meeting the overwhelming demand for a successful coronavirus vaccine will require a historic amount of coordination between scientists, drugmakers and the government. The nation’s supply chain isn’t anywhere close to ready for such an effort.” Indeed, the CEO of the world’s largest syringe manufacturer warned last week that the U.S. is on a tight timeline to enhance syringe production in order to be ready to make the COVID-19 vaccine widely accessible once it’s available — “unless we act now there won’t be enough capacity.”

Warning: Reopening The Economy Too Quickly Would Lead To “Needless Suffering And Death”

On Tuesday, Dr. Anthony Fauci testified before the Senate that if the economy reopens too quickly without the necessary public safety measures, there would be “needless suffering and death.” President Trump disagreed with many of Fauci’s testimony, including Fauci’s caution around reopening schools. Unsurprisingly, Trump’s position is based on his gut, not science.

Warning: Without Additional Stimulus, Our Economy Will Be “Significantly Worse Than Any Recession Since World War III”

On Wednesday, Federal Reserve Chair Jerome Powell warned that a failure by the government to provide adequate financial assistance to Americans amid an economic emergency “significantly worse than any recession since World War II” will even more badly devastate the nation’s economy. A new poll from Accountable.US shows the vast majority support additional stimulus to help frontline workers, small businesses and workers who lost their jobs. President Trump and his allies in the Senate have signaled they do not believe another stimulus package is urgent — even though 40% of workers making less than $40,000 a year lost a job in March, and unemployment has continued to climb since.

Moreover, a new Accountable.US report chronicles how the administration, particularly cabinet and rulemaking agencies, are focusing on their deregulation agenda, not combating coronavirus. In the midst of the global pandemic, the Trump administration has put forward at least 730 new rules or proposed rules across nine agencies. Of those rules and proposed rules, 18 — or just over two percent — deal directly or even indirectly with the coronavirus crisis.

Warning: If We Fail To Plan Now, We Could Face “The Darkest Winter In Modern History”

On Thursday, Dr. Richard Bright, a career official and the former head of the Biomedical Advanced Research and Development Authority (BARDA), testified about his whistleblower complaint before the House Energy and Commerce Committee, warning lawmakers that “the window is closing to address this pandemic because we still do not have a standard centralized coordinated plan to take our nation through this response.” He also said, “if we fail to improve our response now based on science, I fear the pandemic will get worse and be prolonged… Without better planning, 2020 could be the darkest winter in modern history.” President Trump dismissed Bright’s concerns by calling him a “disgruntled employee.”

The post We Could Face The Darkest Winter In Modern History As Coronavirus Death Toll, Unemployment Soar appeared first on .