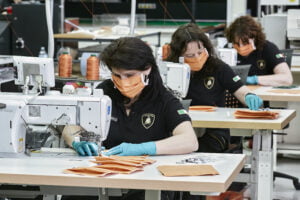 Despite 2.4 million more Americans claiming unemployment this week — bringing the total to 38 million during the crisis — the Trump administration has shown little urgency to help and protect essential workers across the country, in particular those on the frontlines. Here are a few examples from this week:

The Occupational Safety and Health Administration (OSHA) has refused to issue mandatory workplace safety measures for businesses, even as many across the country begin to reopen their doors — while OSHA inspections and citations have dramatically declined since the start of the crisis. The labor union AFL-CIO sued OSHA this week in a desperate plea for the agency to provide enforceable safety guidelines for workplaces around COVID-19. OSHA has responded to the public pressure saying it will step up some inspections, but that still remains inadequate.

What little guidance OSHA has provided for meatpacking facilities, where infection rates are particularly high, are recommended — not mandatory.

Many businesses are still failing to provide essential workers with adequate personal protective equipment (PPE). COVID-19 infections at meatpacking facilities are increasing at more than twice the national rate, and at least four USDA inspectors and 30 meatpacking workers have reportedly died from the coronavirus as cases continue to spike in these facilities. All the while, an estimated one-in-seven essential workers lack health insurance coverage.

The manufacturing industry is also seeing frightening spikes in reported cases of the coronavirus, and employees in one facility pointed to their company’s lack of enforcement of social distancing, failure to properly disinfect areas of the workplace, and lack of adequate PPE including masks.

Forcing Workers to Choose Between Their Health and Paying the Bills

At Tuesday’s Senate Banking Committee hearing, Treasury Secretary Steve Mnuchin discussed how the administration plans to make certain workers choose between their health or paying the bills. If a worker feels that their workplace conditions are not safe and does not go back to work, according to Mnuchin, that worker would no longer qualify for unemployment benefits. A handful of states are now “aggressively enforcing” this.

Cutting Benefits for Our Frontline Workers

At the end of March, the Trump administration deployed 40,000 National Guard members to help with coronavirus testing and tracing, setting up hospitals, and other needs the country faced. Politico reported this week that the administration was imposing a “hard stop” on their service on June 24, one day before many of the members would be eligible for early retirement and education benefits. After a public outcry, the Trump administration is reportedly considering extending deployments through July.

At the same time, we learned this week that giant grocery and retailer companies like Kroeger, Amazon, and Rite Aid are cutting the hazard pay for their workers on the frontline.

Cutting Benefits at a Time of Record Unemployment

38 million Americans have lost their jobs because of the coronavirus. Yet, this week, President Trump said he opposed extending the enhanced $600 per week unemployment benefits that was passed in the CARES Act and is set to expire at the end of July.

The post Trump Admin Fails to Stand Up for Workers? appeared first on ValueWalk.