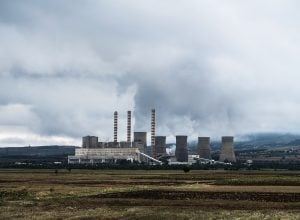 Economies worldwide are currently going through the most challenging crisis in modern history. As the governments go into lockdown, many businesses are left to fend for themselves. The post-COVID pandemic economic landscape will be largely shaped by where the governments decide to put the money.

There is no doubt that there won’t be going back to how things were before the global outbreak of the novel coronavirus, but the final outcome will be dependent on which sectors get better and faster public treatment.

In short, it is up to the policymakers around the world to decide on which economies survive and which will leave the market for good.

The coronavirus pandemic is for sure testing the outdated industries that failed to develop and have stuck with the decades-old models that have destroyed the natural resources, leading some to believe that the pandemic is the result of the damaging human activities.

The US oil crisis

With most people staying indoors, the demand for the oil price turned negative for the first time in history, with oil producers struggling so much that some had to even pay buyers to take back their oil as the market prices fell to minus $40 a barrel.

The deeply-embedded narrative persists in the US that fossil fuels are at the heart of the US economy and it can’t afford to lose big businesses that generate revenue and create jobs. Even those who are in favor of the renewable energy moving forward, still believe that the fossil industry is “too large to fail”. Yet here we are looking at the oil price crash 2020, with President Trump quickly jumping to throw the lifeline to the struggling corporations.

The fossil fuel industry had been facing significant structural challenges even before the global pandemic, which only exacerbated the process of decline. The industry has been in trouble for years, losing value, being forced to take debt, and losing favor among investors and financial institutions alike. It forced the industry to turn more to the lobbying governments to survive, and they have done that successfully so far.

Amid the reigning chaos that the COVID has brought with it, the world is seeing unusually high activities of corporate lobbying. A UK-based think tank InfluenceMap found that, across the globe, the oil and gas industries have been actively lobbying for interventions, that would go against the scientifically-backed Paris Agreement.

According to the study, the corporations are lobbying for the “direct and indirect support, including bailouts, buyouts, regulatory rollbacks, exemption from measures designed to protect the health of workers and the public, non-enforcement of environmental laws, and criminalization of protest, among others.” In many countries, such as Canada and the UK, such corporations are arguing that in order to survive they should be subsidized and deregulated immediately.

In the US, the industry is trying to access the stimulus funds, get exempted from different environmental protections, and wants to use the strategic petroleum reserve to take the industry out of the historic crisis.

Meanwhile, the US government is desperately trying to save the dying industry that has been long overdue for a major shakeup, as it hasn’t worked as it was supposed to for decades. Some politicians even go to comedic lengths and lobby for fossil fuel companies to be eligible for the small-business recovery fund.

Fossil Fuel Industry: Ways to proceed to the future

America’s fastest-growing employers, the clean-energy industry hasn’t remained unscathed by the global pandemic either. The data shows that it is fated to grow throughout the next decades given the global market trends, however it has been largely ignored by the politicians rushing to save the dying fossil fuel industry.

Republicans have publicly declared that helping such industry during the global crisis is unnecessary. Democrats haven’t done anything yet to object to those claims. This illustrates well how the US political system is rigged to aid those who are willing to pay the most, even if helping them is short-sighted and even damaging in the long run.

To prevent more global catastrophes like the COVID pandemic, governments around the world have to rethink where they choose to put the peoples’ money for the planet to survive.

The coronavirus outbreak has shown that only those who are willing to adapt and change with the increasingly unpredictable market will survive and come out as winners on the other side of the pandemic. The fossil fuel industries, which have damaged the environment without creating anything meaningful in return, have had their run and will eventually have to face extinction, much like the dinosaurs whose remains they so passionately utilize.

The post The US to waste coronavirus stimulus money on fossil fuels appeared first on .