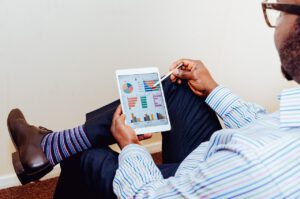 I am writing these words on May 4 in anticipation of them being posted on May 12. I tell you that because stock prices have been changing rapidly of late and it is possible that the main point of the article — that stock prices have fallen less than they should have in response to the onset of the coronavirus crisis — will no longer apply.

The CAPE level was at 32 at the onset of the crisis. It is at 26 today. That’s a loss of less than 20 percent. It’s a significant loss. But not a stunning one. Given the size of the loss that we may see by the time the crisis comes to an end, we should have expected to see a stunning loss in response to the events that have transpired.

Overpriced Market At The Time The Crisis Began

If stocks had been priced at fair-value levels (a CAPE of 16) when the crisis began, a price drop of 20 percent would be entirely reasonable. But that is of course not the world that we live in. Stocks were dramatically overpriced at the time the crisis began. In the event that it continues for some time, we could see a 20 percent loss due to economic factors accompanied by a much larger price drop due to the disappearance of irrational exuberance and a replacement of it with irrational depression.

The question is — Why? Why have investors reacted so calmly to events that intuitively one might think would inspire feelings of panic?

It’s a paradoxical chore to try to describe shifts in investor emotion in a way that makes logical sense of them. Emotions do not follow the dictates of reason. Prices could do just about anything and we would have to accept the reality, whether we could make sense of it or nor. But even emotion-filled choices usually have some sort of logic behind them even though it is often very different than the mechanical form of logic that is our first choice to employ when describing a turn of events.

My take is that thinking about the losses that could follow from an economic hit this big affecting an overpriced market as ours was when the coronavirus crisis arrived. So our natural reaction is to go into denial about how bad things could get. Investors of course do not want to acknowledge that they are in denial. So they concoct seemingly rational explanations to reassure themselves that the small price drop that we have seen thus far is a perfectly appropriate reaction to the news that has been reported. But I am not convinced. It is my belief that on top of the small price drop that we have already witnessed there is a large potential price drop waiting to be realized when it becomes too hard for investors to maintain in the state of denial.

It would be nice if we could make effective predictions as to how long the denial would remain in place and how big the impact will be when it evaporates. I do not think that it is possible to do that given the current state of our knowledge of how human psychology affects stock prices. But I think it would be fair to say that the extent to which ongoing developments help us to maintain the state of denial that applies today will determine where prices go from here.

There have been several times in which we have seen big price drops quickly followed by recoveries of much of the losses. I would describe investors as worried but not yet despondent. I don’t think that negative news developments will have as much of a negative effect on prices as indications that we will not be seeing an end to the crisis for a long time. Investors want to see things return to normal. The thing that is most likely to crush their hopes in that regard is the passage of time.

If we see prices decline gradually over an extended period of time, there may come a day when the emotional response is to abandon the denial that is for now keeping the losses from building up momentum. At that point, we might see a series of price drops that seem out of proportion to the negative economic news being delivered. Market prices eventually always reflect the economic realities. Investor underreactions today signal investor overreactions at some future date.

I obviously do not expect to see prices heading in a sustained upward direction for some time. That’s partly because the economic realities are difficult ones. But it is more because prices were so high when the difficult realities appeared on the scene. It is at least possible that the economic news will not be as negative as some anticipate. But, given the level of overvaluation that applied when the crisis arrived, the potential downside for prices is much greater than the potential upside. How things will play out depends on how long it takes investors to come to terms with the realities.

The post The Stock Market Has So Far Underreacted to the Coronavirus Crisis appeared first on .