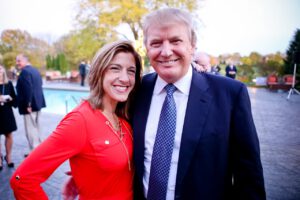 In advance of tomorrow’s SCOTUS oral arguments in the Vance, Mazars, and Deutsche cases, Republicans for the Rule of Law have released a new video explaining how President Trump is playing a shell game in order to avoid accountability.

Watch the new video here, as well as another new video (watch here) of former New Jersey Governor Christine Todd Whitman describing the shell game in her own words.

An abbreviated version of the animated video will air three times on Fox News today in DC: during Fox & Friends, Tucker Carlson Tonight, and Hannity.

Trump Is Dodging Accountability For Assaulting The Rule Of Law

The full version videos are part of an ongoing project by Republicans for the Rule of Law and Protect Democracy about presidential accountability. Throughout his presidency, Trump has assaulted the rule of law and advanced extreme legal arguments to avoid the traditional oversight that previous presidents have accepted. To learn more about the project of presidential accountability, visit our websites here and here.

Republicans for the Rule of Law Chief of Communications Carson Putnam and Protect Democracy Policy Advocate Justin Vail released a joint statement with the videos:

At its core, our Constitution relies on the fundamental principle of checks and balances. Neither the president, nor Congress, nor the courts can have unlimited power. But President Trump blatantly flouts that notion, abusing his power and then  playing a dangerous shell game to avoid any accountability. Last week President Trump’s Department of Justice reversed course to dismiss criminal charges against former national security advisor Michael Flynn after years of the President improperly lobbying on Flynn’s behalf. Tomorrow President Trump’s attorneys will tell the Supreme Court that the president is immune from all accountability. The Supreme Court–and we the people–must defend the future of our democracy and reject the President’s extreme arguments.

The post New ads prior to SCOTUS hearings: Trump is dodging any accountability? appeared first on .