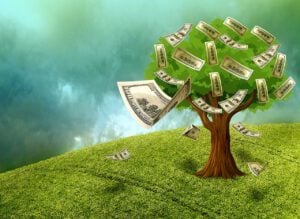 Negative interest rates are coming and investors will now be looking to bolster their portfolios to ‘get ahead of the curve and build wealth’, says the CEO and founder of one of the world’s largest independent financial advisory organizations.

deVere Group’s Nigel Green is speaking out after rate options, which gauge monetary policy forecasts, implied on Monday a 23% likelihood that the key federal funds rate will drop below zero by the end of 2020, according to BofA Securities data.

It’s not just the U.S., the world’s largest economy, which is moving towards this scenario.

On Tuesday, the Deputy Governor of the Bank of England also suggested that the UK may be headed toward negative interest rates.

Mr Green comments: “A new global era of negative interest rates would have been unimaginable even a few months ago.  But this has now changed due to the coronavirus.

“As central banks around the world grapple to control the economic impact, it can be reasonably expected that more and more of them will take a dramatic change of policy course and take rates to below zero – like their peers in Europe and Japan.”

He continues: “There is legitimate debate about the efficacy of negative interest rates on boosting economies.

“They could turn out to be a masterclass in the law of unintended consequences as they could be viewed by consumers and investors that the underlying economies are in a perilous position and, as a result, prompt a drop in consumer and investor demand.”

Whilst the debate on whether negative interest rates help the ‘real economy’ or not will continue, there is no doubt that they help boost financial asset prices.

“With this firmly in their minds, market-wise investors will know be looking to bolster their portfolios before the next round of cuts and the likely subsequent price increase. They are taking advantage of the lower entry points now before the next major rally,” notes Nigel Green.

He goes on to add: “In addition, those with savings in the bank are already getting no return thanks to the ultra-low interest rates.  Negative rates will offer them more reason to increase their exposure to equities, for example.”

The deVere CEO concludes: “I believe, due to the economic situation and the hints from central banks, that there are more rate cuts on their way as they know it’s not sustainable to just keep printing money.

“This ‘direction of travel’ will push up financial asset prices and, as such, many investors are now looking to get ahead of the curve and build wealth.”