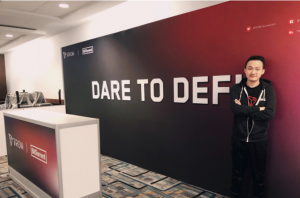 TRON is now a bonafide decentralized finance (DeFi) platform following the launch of JUST— a decentralized lending app that issues the dollar-pegged USDJ stablecoin in return for TRX coins.

JUST is a new platform launched by the JUST foundation and is designed to enable TRX holders to quickly and easily access the newly launched TRC20-based stablecoin USDJ by putting up their TRX as collateral.

The new cryptocurrency is issued through a decentralized lending platform that is accessed through the JUST decentralized application. Like most stablecoins, USDJ is pegged to the value of the US dollar (USD) but differs from many competing stablecoins solutions in that it has several built-in mechanisms to maintain its dollar peg.

“USDJ is a new currency generated through decentralized smart contracts on the TRON network. Anyone can pledge TRX as collateral to generate USDJ. USDJ enters into free circulation as any other cryptocurrency does once generated. It is pegged to the US dollar through Collateralized Debt Positions (CDPs), and also has autonomous feedback mechanisms,” said the JUST team in the project whitepaper. One of these mechanisms is a thorough community governance system, which sees holders of a related token known simply as JUST (JST) vote on a variety of parameters aimed at minimizing the volatility of USDJ. These JST holders are rewarded for their efforts with the stability fee—the sum paid by USDJ holders to when they close their collateralized debt position to get their TRX back.

The new stablecoin issuance platform marks TRON’s first big move into the world of decentralized finance, allowing TRX holders to quickly and easily extract liquidity from their portfolio without needing to sell up.

Although this is the first official stablecoin launched on TRON, several third-party stablecoins are currently running on the blockchain, including a TRC20 version of the popular Tether (USDT) cryptocurrency, as well as Tether Gold (XAUT)—a gold-pegged stablecoin.

Since the launch of Tether in 2017, stablecoins have seen their usage and trade volume climb astronomically. Now, Tether represents the most traded cryptocurrency of all, and regularly sees more than $50 billion in daily trade volume according to CoinGecko.

A large part of this recent growth can be attributed to the changing investor sentiment in the cryptocurrency market. On the whole, most major cryptocurrencies have been on an overall downtrend since early 2018, leading more people to seek methods to escape the downtrend or exit volatility as quickly and easily as possible.

Where this could typically be achieved by exchanging cryptocurrencies to fiat, this is widely considered to be a time-consuming and cumbersome process, since fiat deposits and withdrawals typically several hours, to potentially days. However, with the advent of stablecoins, cryptocurrency traders can now exit volatility when needed while retaining the capacity to re-enter the market quickly if desired.

Stablecoins have also led to the development of a new global remittance ecosystem, by allowing holders to transfer value across borders without suffering from volatility or incurring the high fees and long delays that are commonplace when sending money overseas. This