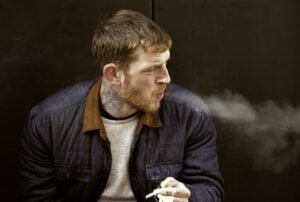 WASHINGTON, D.C. – The U.S. economy continued its spiral toward a deep recession as 3.16 million more Americans filed for unemployment benefits this week, bringing the seven-week total to a staggering 33 million. Meanwhile, the White House carries on with its failing economic strategy: more giveaways to multimillion-dollar corporations and the wealthy instead of ensuring small businesses and hurting states get the help they desperately need.

A recent survey of small businesses found only 13% of the 45% who applied for a Trump SBA PPP loan were granted one. Meanwhile, over 300 publicly traded companies, some worth more than $100 million, have received over a billion dollars in taxpayer money.

A New Round Of Tax Cuts

President Trump has also repeatedly voiced strong opposition to federal aid for stretched-thin states that may soon be forced to start laying off workers on the front lines of the COVID-19 crisis like cops and firefighters. Instead, the President is considering a new round of tax cuts, which include a rollback of the capital gains tax that would overwhelmingly benefit the super rich, and a cut to payroll taxes that would provide no relief to the millions of newly out-of-work Americans.

“The President is dusting off the discredited right-wing playbook that says more tax cuts for millionaires and corporations are the answer to every economic problem. Meanwhile, the urgent needs of disappearing small businesses, distressed states, and tens of millions of newly out of work Americans remain on the White House back burner. If the administration hasn’t gotten the message yet that they have not even begun to get help to those who need it most, it’s never going to happen. And the economy will continue to suffer for it.”