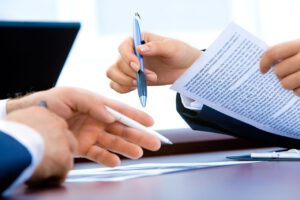 I taught myself how to code at just 8 years old, after my third grade teacher taught me how to create a hyperlink on Microsoft Word. I remember running home and Googling “hyperlink” on our huge Dell computer with 16 megabytes of RAM, running Windows 1998.

On my 14th birthday, my mom got me a laptop, an NEC laptop running Windows Vista. We lived in Hong Kong, and weren’t that well off at the time, and so that was a huge deal for me. Less than a year later, that brand new laptop stopped working. I tried everything and saved up a few weeks worth of lunch money to get it fixed in Hong Kong’s “Golden Computer Center”. The quote for a repair was $5,000 HKD (~$645), and so I asked my mom if she was feeling kind and wanted to help –  to which her response was an unsurprising no. She suggested I try to make that money and get it fixed myself.

Starting Up A Company

I thought long and hard about how I would make that amount of money. My first idea was to set up a blog that had simple tutorials – things like how to download Microsoft Word, how to install Adobe Photoshop, etc. So I dug up that old Dell computer and applied for Google AdSense, and about two weeks later got a little Google envelope in the mail. I set up AdSense, and got to writing! I’d comment with links to my articles under YouTube tutorial videos. Within a month and a half, I had made about $110, which was my “startup capital” for something more enjoyable than writing articles- writing software!

My first big idea came just after my 15th birthday. It was something of a Billboard Music meets Spotify, well before Spotify was the pop culture icon it is today. I figured I could scrape top music titles from Billboard, grab the actual music from YouTube, and throw Facebook like buttons and ads on every page. I regrettably called it “hotmuze”, but it started to work. People were hitting the like button, and hotmuze was spreading like wildfire through Facebook. In just a weekend, it had over a thousand users. I was making $35 a day and felt like I was on a roll.

I knew I was on the cusp of something interesting, and thought about what I could build next to leverage this growth. I started work on a social network, and in days built something, again regrettably, called “Webinect”. It failed miserably, though a few small companies contacted me, asking if they could use it as their corporate social network. I rewrote it for that purpose, and added a subscription fee of $2 per user per month. Within a few months I’d added more tiers and made more apps, earning around $5,000 per month in the process. My self-purchased trophy was a new 17″ Alienware laptop.

I started building more and more digital products. Things like marketplaces, URL shorteners, games, meme generators. I hired another web developer to help me keep all my old apps updated. I’d pride myself on building one new app every weekend. Soon enough I was working 80 hours a week on this venture. The money coming in from ads and subscriptions started to grow and grow. I started getting really into artificial intelligence, and began experimenting with building apps that used AI. When I built an AI assistant inspired by Jarvis, the project became much more interesting to me than anything else.

Eventually, I had to focus on passing my high school exams, which I’d been neglecting. I wanted to go to a top school in the US, and work at a really prestigious company like Google, Apple, Goldman Sachs, or similar. I asked my mom what to do, and she put me in contact with a family friend who was a banker of sorts. I’d later learn that he was a director at a small boutique private equity firm. He said he had a buyer for what I’d built. A few weeks later, I signed over everything I’d built over the past three years to a stranger. It felt like a huge mistake, until of course I received nearly a quarter of a million dollars in my bank account. Unfortunately for me, this was precisely how much college cost in the US.

After selling my company, I pursued my dreams of working for a prestigious company. I worked for two of the biggest investment banks in the world doing artificial intelligence work, and realized I didn’t enjoy it as much as I did running my own company. I worked for several  startups in Hong Kong and China, and eventually decided to start my own company again. Today I’m 24 years old and run an artificial intelligence company that’s changing the way people get things done.

For anyone who wants to try to start a company: It’s not easy, but if the problem you’re trying to solve isn’t hugely difficult, it’s not that hard either. All you need to do is put your mind to something, work at it every day, and keep iterating, testing, and building. Eventually, you’ll have created something that didn’t exist before. If you find that people are willing to pay for it, then you probably have the basis for a successful business!

Karan Kanwar is Head of Engineering at Wing AI.

The post How I started a company at 15 and sold it by the time I was 18 appeared first on ValueWalk.