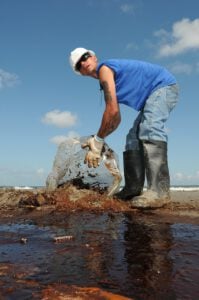 Gig Workers Rising, a campaign supporting and educating app and platform workers who are organizing for better wages, working conditions, and respect, who wanted to point out:

Sacramento, CA – A new report released today by the Berkeley Research Group found that forcing app-based delivery and rideshare drivers to become employees would result in eliminating 900,000 jobs, reducing the number of drivers needed in California by 80 to 90 percent.

The analysis was conducted by Dr. William Hamm, former state legislative analyst, and Dr. David Lewin, professor of management, human resources and organizational behavior at the UCLA Anderson School of Management. The authors’ analysis is based on internal data from companies accounting for the majority of the on-demand sector.

According to the authors: “The employment model will unavoidably require the network platform companies to eliminate the flexibility provided to drivers currently working as independent contractors in order to control the companies’ operating costs and assure compliance with the many legal requirements that apply to employment (e.g., wages and hours, meal and breaks, etc.). The evidence makes clear that this unavoidable change in operations will bring about a massive reduction in the number of drivers both willing to provide app-based transportation services and needed by the network platform companies.”

“These new laws and lawsuits that try to take away our freedom to choose flexible, independent work will kill jobs and take away chances to make money in the midst of an economic meltdown,” said Al Porche, a Riverside County resident who switched from driving rideshare to delivery when the pandemic hit. “It makes absolutely no sense. That’s why I’m joining tens of thousands of drivers who are supporting the ballot measure to protect our access to independent work, while also providing us new benefits and protections like an earnings guarantee and a healthcare contribution.”

“Nearly one million Californians choose to work with app-based platforms for a variety of reasons. Students who need the flexibility to work around school schedules, working people who need to supplement income, seniors who want to work a few hours a week to support their retirement,” said Akamine Kiarie, a college student who drives part-time to earn money for his tuition. “Taking away nearly 900,000 earning opportunities will cause real pain.”

o    A guaranteed earning of at least an amount equal to 120 percent of minimum wage plus 30 cents per mile compensation toward expenses;

o    Occupational accident insurance to protect against injuries and illnesses on the job.