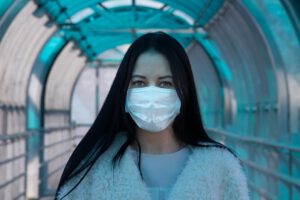 Ten Companies Off the Hook for Paying Fines For Environmental Violations Owe Over $56 Million, Have Numerous Ties to the Trump Administration

WASHINGTON, D.C. – The Guardian is reporting that the companies benefiting from the Environmental Protection Agency (EPA) and Department of Justice’s (DOJ) recent enforcement holidays have been fined a total of $56,437,158 for their environmental violations and have significant ties to the Trump administration. Accountable.US brought this information to light through research and documents acquired from a Freedom of Information Act request submitted to the Department of Justice.

“The Trump administration is working harder for well-connected corporate polluters than it is for small businesses and millions of Americans struggling to make ends meet during this pandemic and economic crisis,” said Kyle Herrig, president of Accountable.US. “Just because these companies have extensive influence in the Trump administration does not mean they should be let off the hook for the damage they’ve caused our environment.”

Companies Benefiting From Enforcement Holidays Have Ties To The Trump Administration

The Guardian reports that at least four of the companies that stood to benefit from the enforcement holiday have ties to the Trump administration:

In March, the EPA announced it would be relaxing “enforcement of environmental regulations on polluting industries” as a result of the coronavirus pandemic. Just a few weeks later, Trump’s DOJ announced that it would stop collecting penalty payments from companies that owed fines under consent decrees with the government. Many of those agreements are with companies that violated environmental standards.

Throughout the COVID-19 pandemic, the administration has been pandering to polluting industries. The Interior – run by former oil and gas lobbyist David Bernhardt — has helped oil and gas drillers on federal lands get relief from paying royalties amid an oil market slump. Last month, the administration granted the oil lobby another one of its wishes and made it easier for the oil and gas industry to access funding. And in just the first two weeks of the Small Business Administration’s Payroll Protection Program (PPP), oil, gas and mining companies got a whopping $3.9 billion in PPP funding, even though the program was designed to help small businesses, not publicly traded corporations.

The post Corporate Polluters Have Ties To The Trump Administration appeared first on ValueWalk.