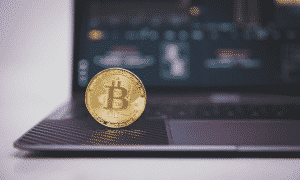 Bitcoin [BTC] hash-rate is at an yearly high level around 120-125 Eh/s. The network witnessed the last difficulty adjustment before the halving as the difficulty moved up a meager 1%, now above the levels attained during February high.

The network as returned to the levels before the crash which caused a 20% crash after the near 50% crash. The traders are expecting a similar reaction in the supply post halving.

The miner capitulation after the COVID-19 crash signaled a recovery around the last week of April. The buy signal on the Hash Ribbons (similar to the difficulty ribbons) signaled a buy around $7,500. The accumulation in price after the capitulation was around 2-3 weeks as the miners began to return to the game.

With the halving due on Monday, the network is preparing for another capitulation. Reportedly, around 35-40% of the miners use the S9 which could be looking to shutdown their systems post the event.

Nevertheless, there is one other significant different between the current bull run than the previous two events in June 2019 and February 2020 – the absence of Futures market hysteria. Derivates and crypto trader, Cantering Clark (alias) tweeted,

The best thing about all of this #Bitcoin move is it seems entirely spot driven. Basis & Funding are both negligible.

The volume at spot exchange and the google trend results reflect an exponential rise for ‘Bitcoin Halving’ search. Moreover, the interest for ‘Buy Bitcoin’ also seems to be following the halving curve which subsided as the effects of COVID-19 faded in the crypto markets.

Since the rise has been organically driven this time, the pull back from $10,000 is expected to be smaller due to a stronger propensity for long-term holding spot. Nevertheless, ‘halving’ might be driving retail investors looking for quick returns, and post halving the sell-off might be significant coupled with miner capitulation.

Do you think ‘halving’ will be ‘sell the news’ event or will continue driving bullish demand? Please share your views with us.