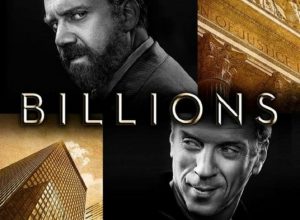 Bitcoin (BTC) has been mentioned in the wildly popular American TV Show, Billions.

Followers from across the world were fixed on their screens–obviously because of the social distancing calls and closure of theaters and there, Chuck Roades–played by Paul Giamatti, who is a sincere but a ruthless US Attorney, surprisingly (he’s a system’s man) broke down the elements of Bitcoin.

The fifth season of the “Billions” show premiered on Sunday and it is a drama series loosely based on former US Attorney Preet Bharara who gained famed for taking on Steve Cohen, the billionaire founder of S.A.C. Capital Advisors, a hedge fund.

This season, the show’s creator Brian Koppelman said he roped in the services of Ben Mezrich who is a published writer and the author of Bitcoin Millionaires. The book will launch on May 12.

As such, it is no wonder that Bitcoin, a digital asset whose popularity is increasing ahead of its third fundamental event, had a novel mention:

“—and for what? A multitude of computers could solve some abstract math equation resulting in the mining of…Bitcoin. Worth millions right now what be…but backed by what? Not a nix, zat, nada…”

The counter statement meanwhile questioned where the value of the “almighty” USD is derived from. If Bitcoin is backed by nothing more than the distributed nature of its computers, then what’s backs the USD?

This has been a back and forth question posed since the inception of Bitcoin. After the deviation from the gold standard, Chuck argues that the USD is backed by the full trust of the US treasury and it’s military.

Meanwhile, Bitcoin’s value is drawn from a vibrant community who at any time ensures that the middleman, that is banks and other financial institutions, are chopped off from the equation. The network is robust, resilient, and even without the backing from government, it survived the coronavirus test.

Unlike the traditional markets of which stocks featured prominently, Bitcoin didn’t receive any form of stimulus yet it continues to outperform the S&P 500 and even gold. Its inflation stands at around 3.8 percent and it shall drop to around 1.6 percent after halving and be at par with gold.

#Bitcoin is officially outperforming Gold & the S&P 500 in this financial crisis.

The chart below compares the returns for these assets in 2020.

Believe it or not, but $BTC is a safe haven! pic.twitter.com/YMxzg6F4wM

At this rate, all pointers reveal that Bitcoin will at the end of the day evolve into a reliable store of value whose scarcity can be measured publicly and whose scarcity levels projected confidently.