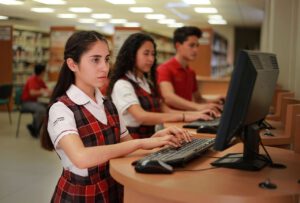 WASHINGTON, D.C. – In the wake of story after story about how dangerous meatpacking plants have become, today the industry appealed to Congress to shield them from accountability for exposing thousands of workers to the coronavirus. The North American Meatpacking Institute — which represents the Big Four meatpacking companies along with many others — signed onto a letter asking Congress for “relief” from the prospect of facing legal consequences for putting their workers’ safety at risk. This comes after nearly 5,000 meatpacking workers have already been diagnosed with COVID19.

Workers Putting Their Lives On The Line At Meatpacking Plants

“Meatpacking workers shouldn’t have to put their lives on the line to put food on our tables. If companies won’t provide a safe workplace for their employees, they should face the consequences,” said Derek Martin, spokesperson for Accountable.US. Martin continued, “Congress needs to show American workers whose side they’re on, and it starts by making sure workers are safe at the job site. Any effort to provide blanket immunity for corporations who won’t protect their workers must not only be rejected, but condemned for its callousness.”

Meatpacking plants have faced a barrage of complaints over safety issues in recent months, with some employees refusing to work until they’re provided better safety equipment. What few guidelines the Trump administration have put out are “largely unenforceable” and the Occupational Safety & Health Administration (OSHA) says they are “advisory and ‘not a standard or regulation.’” In at least one plant, workers reported that they’ve “only been given a face shield to protect themselves… and aren’t distanced from other workers on the line.” At another plant the county sheriff said of the conditions, “Some people were wearing bandannas. Some people were wearing surgical masks. …. Most people weren’t wearing anything.