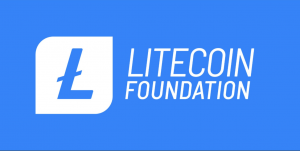 The Litecoin Foundation has been continually increasing its efforts to grow presence as a viable payment option. Most recently, by investing in a Hollywood thriller, ‘We Summon the Darkness‘ starring Alexandra Daddario and Amy Forsyth. The tweet with the link to its’ trailer notes,

Check out “We Summon the Darkness”, a fun movie produced by a member of the #LitecoinFam, @CommonEnemyInc!

Litecoin Foundation is an executive producer, so be sure not to miss our LF logo animation at the start.😲

The movie released on 10th April 2020. The leading producer of the movie, Common Enemy Inc., a  Los Angeles based, film & television production company is also ‘part of the #LitecoinFam.’ The production house has voiced support for LTC as it notes that it helps “to take control of your money.”

Notably, in the past, we have seen Litecoin support from other actors earlier as well. Anthony Mackie, most popularly known for his role in Avengers as Falcon spoke for the Foundation last year.

Furthermore, the foundations also sought to increase its presence by partnering with UFC and American Football team, Miami Dolphins. It also sponsored the San Diego International Film Festival in October 2019 which had a Litecoin Foundation Award, the winner was selected via LTC voting.

During the bull run last year, the media house predicted that Litecoin will reach near $1000. Nevertheless, that went horribly wrong as the price went south after Litecoin halving in August and the bear trend in altcoins in the latter half of the year.

Furthermore, the Coronavirus pandemic is threatening another bear trend in the stock and crypto-markets. Hence, adoption will be key for the payment focused cryptocurrency.

Do you think the Foundation’s efforts will increase the viability of the currency in the US, or people will stick to USD? Please share your views with us.