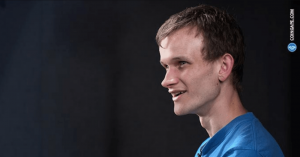 Vitalik Buterin, the co-founder of Ethereum, has just sold $45,000 worth of ETH.

ETH is the native currency of the smart contracts platform and the second most valuable after Bitcoin.

The liquidation was spotted by one keen analyst who notes that the co-founder has been selling his holdings from time to time.

He also observes that Vitalik has been sending his funds to different addresses before selling.

“I am tracking crypto wallets of major players in the industry. Vitalik likely just converted 250 ETH to $45k DAI. It is not much compared to his ETH holdings, but what is interesting that he recently keeps spreading smaller amounts to new addresses before they are sold.”

I am tracking crypto wallets of major players in the industry. Fwiw, Vitalik likely just converted 250 ETH into $45k DAI. It is not much compared to his ETH holdings, but what is interesting that he recently keeps spreading smaller amounts to new addresses before they are sold. pic.twitter.com/4HS2T6IXnE

Vitalik is Core to Ethereum

But his selling shouldn’t be a source of concern.

Vitalik is one of the largest holders of ETH, is a true believer, and the poster boy of the project.

His technical adeptness and dedication, providing guidance to his team, means that Vitalik isn’t dumping his coins and gradually diversifying away.

Any mass selloff will trigger a panic and dilute investor confidence in a project that is not only rapidly development but is the leader in smart contracting and in the middle of transiting from an energy inefficient but arguable the most secure, Proof-of-Work consensus algorithm.

Series of ETH Selloffs in the Recent Past

This is not the first time Vitalik has caused jitters in the Ethereum and cryptocurrency community. In December 2019, there were fears that he was planning to sell over $25 million worth of ETH in three block transactions.

This was after a wallet that had been receiving funds from an account associated with Vitalik since 2016 sent 90,000 ETH ($11.5 million) to Kraken, a cryptocurrency exchange.

The 92k ETH sent to Kraken today originated from a single whale (https://t.co/aA3CmjPDHX), which in turn received most of its ETH from Vitalik Buterin (https://t.co/sem89VwTQf). The whale is likely an ETH dev or VB himself.

This was one of the three transactions. Another combined 126,000 ETH had been sent to Binance and Huobi.

In an alternate interview, Vitalik revealed that together with the Ethereum Foundation, he orchestrated a sell off that saw the foundation net $100 million when ETH was trading at an all-time high of $1,400 in January 2018.