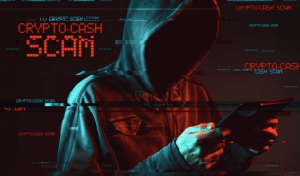 Binance, the largest cryptocurrency exchange in trading volume, released a report on April 9th pertaining to the details of a crypto project that lost close to 4000 ETH back in November 2018 through fraud. The exchange is following up the case and has worked with Korean and Ukrainian authorities in a bid to recover the amount stolen.

Back in November 2018, a Korean based cryptocurrency exchange lost 3,995 ETH, about 10 billion Korean Won (KRW) in a fraud attempt. The unnamed crypto project swiftly reported the case to relevant Korean authorities after which investigates were launched.

According to the police filing, the victim claims the suspect (who is a user on Binance exchange) acquired unauthorized access to the victim’s internal emails. Once in charge of the email account of the victim, the suspect (whose initials are B.K) was able to exploit the victim as they were able to determine the crypto project wanted to list on Binance.

The statement from Binance reads,

“The suspect then sent emails impersonating himself as a ‘Binance representative,’ promising to help list the victim’s cryptocurrency on Binance, for a fee. As a security deposit from the victim, the suspect received a remittance in cryptocurrency (ETH) worth approximately 10 billion KRW.”

Flighting fraud often incurs reverse damages, including some bad PR, but first principles must be maintained.

I was actually not involved in this case at all. The team made all the right decisions according to our principles. https://t.co/khLsZvxrPX

In early January 2019, the Korean authorities got in touch with the exchange requesting the suspect’s exchange wallet be frozen and the victim’s funds returned. The report further reads,

“After we performed all necessary due diligence steps internally, Binance complied with the request from Korean law enforcement and completed the return of funds.”

Notwithstanding, the exchange also received a call from the Ukrainian authorities on the case with a claim from the suspect, B.K. The exchange explained the case to the authorities sorting the claims out. Binance further pledged their service to official authorities globally claiming they will work “with law enforcement agencies around the world and are ready to provide additional information and documentation if requested by the law in order to fight fraud and bring justice to these cases.”

Changpeng “CZ” Zhao further warns anyone involved in frau not to use the exchange. He wrote on Twitter,

“Please don’t use Binance if you are involved in fraud.”