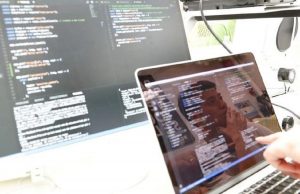 Vitalik Buterin, the co-founder, and the Ethereum Foundation have swung the hammer: Development into Serenity has been paused until further notice.

A deflating announcement, it is a blow for developers who have been active, dedicating thousands of man hours to improve Ethereum as a pioneer smart contracting platform.

Although there are competing platforms like Tron angling to slice Ethereum’s market share, Ethereum is dominant in decentralized finance (DeFi), and was the primary platform for initial coin offerings (ICOs).

Even if most ICOs turned out as scams, with project creators swindling millions from gullible investors, this innovative funding model directly pumped BTC and ETH to new highs because of the high demand as accepted currencies.

Congestion in Ethereum is a Problem

Ethereum has not completely shaken past problems.

Congestion is still a hindrance and a big obstacle that prevents the launch of Twitter and Facebook alternatives on the platform.

At 15 TPS, the network is distributed, decentralized, and secure, true, but it is its weakness.

With development paused and Serenity halted on its tracks, Ethereum is forced to hunch back and handle its trouble through other means.

“The future of Ethereum lies away from Serenity. There have been narrow misses. Proof-of-Stake and Sharding, after hours of consideration, will centralize the network. Weakness in PoS jeopardize startups launching on the platform, and it is on our best interest to pause and propose alternatives. We don’t want to face the same accusations as Tron, EOS, and other centralized projects.”

“In a week, the Foundation and I will decide the best way forward but the concept of ZK-SNARKs, my proposal, is better than the rest.”

The Ethereum community is stunned.

It could be a rash decision from the technical leader, but the future of Ethereum is at a crossroads now.

Vitalik, it must be known, is obsessed with anti-aging research. Like the popular rapper Jay Z, he wants to be Forever Young.

However, only time will tell whether Serenity will be revived or developers’ opinion thrashed.

“If we’re being more open-minded about accepting new weird ideas, can I suggest anti-aging research? Aging is a humanitarian disaster that kills as many people as WW2 every two years and even before killing debilitates people and burdens of social systems and families. Let’s end it.”

If we’re being more open minded about accepting new weird ideas, can I suggest anti-aging research? Aging is a humanitarian disaster that kills as many people as WW2 every two years and even before killing debilitates people and burdens social systems and families. Let’s end it.