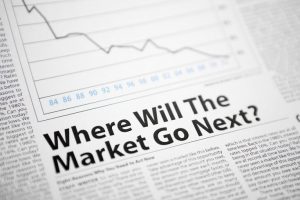 Bitcoin has seen an interesting week of trading as it rebounded from the support at $6,600 last week. The support here was provided by a rising trend line and was bolstered by a .236 Fib Retracement level. After rebounding, it went on to break above $7,000 but fell short at $7,200 this weekend which caused the coin to roll over again.

The cryptocurrency has since dropped beneath $7,000 and is now trading back at the support provided by the rising trend line.

Bitcoin is considered neutral at the moment, however, if it drops beneath the support line and falls below $6,600, the market would be considered as bearish in the short term.

The RSI is trading beneath the 50 line which indicates weak bearish momentum. If it continues to drop further beneath 50, we can expect Bitcoin to drop beneath $6,600.

Ethereum managed to increase as high as $191 this week where it met resistance at a bearish .618 Fibonacci Retracement level. More specifically, it was unable to break above resistance at $187 (1.618 Fibonacci Extension level). It rolled over from here to drop into support at $170.

Etheruem is bullish right now after creating a fresh high for April. However, if it continues to fall and drops beneath $160 it would be considered neutral with a further drop beneath $150 turning the market bearish.

The RSI is above 50 to show that the bulls are not willing to give up control of the market momentum which is a good sign for ETH.

XRP rebounded from support at the rising trend line last week which allowed it to climb as high as $0.196 this weekend. However, we can see that it rolled over from here as it drops back into the support at $0.18 which is further bolstered by the rising support trend line.

XRP remains neutral at this moment in time, however, if it was to break beneath $0.18 we could consider the market as bearish.

ChainLink has been on an absolute surge during April as it manages to rise toward the $3.70 level. It has since dropped lower but has managed to find support at $3.40, where lies the .236 Fibonacci Retracement level.

ChainLink remains bullish right now but must break $3.70 to continue this bull run. A break beneath $3.40 would turn it neutral with a further drop beneath $3.00 turning it bearish.

The RSI is well above 50 to indicate the bulls dominate the market momentum.