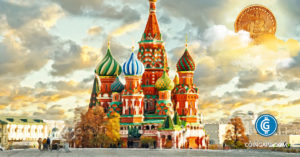 Russian President Vladimir Putin recently in an interview cleared that as per the definition of cryptocurrencies no country can have their own cryptocurrency as they are ought to operate without national borders. Central Bank Digital Currency [CBDC] or state owned cryptocurrencies have been a subject of debate because of the decentralization vs centralization narrative behind them.

Impossible For Countries To Create Own Cryptocurrency- Vladimir Putin

When asked in an interview recently about possibility of a Russian National cryptocurrency, President Putin shared his point of view on new technology fueling digital assets like Bitcoin and cleared that no country whether it is Russia or some other country can have their own cryptocurrency because by definition they operate without national borders.

Putin is ahead of the game when it comes to world leaders. He is massively stacking sats, thats for sure. pic.twitter.com/cD5egxuBWN

As per Wikipedia’s official page regularly updated for countrywise legal status of cryptocurrencies, particularly for Russia,

As of November 2016, bitcoins are “not illegal” according to the Federal Tax Service of Russia.[49] Deputy Finance Minister of the Russian Federation Alexei Moiseev said in September 2017 it’s “probably illegal” to accept cryptocurrency payments.[50] However, bitcoin market sites are blocked, and court decisions state that bitcoin is a currency surrogate which is outlawed in the territory of the Russian Federation.

As per Putin’s words he also negated the possibility of Russia owned cryptocurrency and signaling a global cryptocurrency without borders makes more sense, Bitcoin might be his choice.

CZ, the CEO of largest cryptocurrency exchange Binance took to twitter and applauded president Putin’s understanding of the subject. Considering the interest of majority of the world leaders more towards Central Bank Digital Currency [CBDC] then towards a global digital currency, president Putin’s remarks are refreshing and may lead to a new rise in prices of Bitcoin.

I have seen very few other leaders with this level of understanding so far.

Most others are still at the level of, how do we issue a version we can control? Misses the point. https://t.co/2477bcNncr