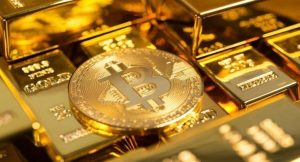 Not the current COVID-19 pandemic, not the upcoming halving and probably not a miner’s capitulation following the halving will cause the biggest impact on Bitcoin (BTC) price by the end of 2020. Don’t get it wrong. These factors will surely affect BTC’s price (if not already) but there remains one factor that may tilt the price of BTC to either side of the price pendulum.

It is unfortunate that the world is virtually at a standstill due to the highly communicable Corona Virus pandemic as casualties increase by the day. This has affected the global economy as countries battle to keep their businesses alive. Due to COVID-19, over 10 million Americans lost their paycheck, as unemployment claims in the U.S soared to record highs, closure, and liquidation of small and medium-sized businesses across underdeveloped economies and “deferred inflation” as governments print trillions of dollars to boost the economy.

All these factors (however unfortunate) should be playing to Bitcoin’s strengths, but the top crypto is yet to rally on the news as it suffered terribly in the early days of March – dipping to $3,800 in a couple of hours. This caused even more panic across the investors doubting the coin’s use as a store of value (SoV).

Notwithstanding, the news of the upcoming halving should be positive to BTC as the supply rate is cut to half which offers a very bullish signal in basic supply-demand economics. However, heading to the last month to halving in mid-May, BTC and the crypto market have not performed very well on a month-to-month basis.

Heading to the halving, BTC is having more characteristics as a financial asset and risk asset instead of being a store of value as Bitcoin maximalists like to baptize it by. According to a report by SFOX Research, BTC perfectly fits the role of a risk-on asset.

Despite the huge impact both the halving and COVID-19 have on BTC’s price, one event looks to shadow the two in this respect, especially given it is at the end of the year – U.S Presidential election.

The 2020 U.S Presidential Race on Bitcoin

It has become clear that the two main opponents for the U.S Presidential House are Donald Trump (seeking reelection) and Joe Biden, the Democratic candidate. The two will lockdown in a significant battle for the seat of U.S president amidst a possible oncoming recession.

Whoever wins the battle, Bitcoin is set to be caught in the middle of the (re)building process with the country signaling a recession in the near future. Despite the $6 trillion promise stimulus ($2.2 Trillion already disbursed) from the U.S government, the economy remains crippled with millions outside a stable job. The general election is expected to affect Bitcoin’s price as the traditional markets react to the power dynamics at the White House.