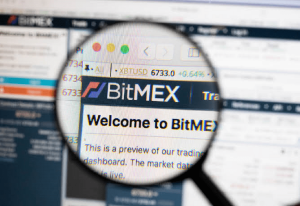 Surprisingly, the insurance fund of BitMEX has seen slower growth in March, than it did in the previous months – about 100 BTC. The increase in February, January, and December was 1250 BTC, 459 BTC and 484 BTC respectively.

BitMEX was severely criticized during the drop of 12-13th March, which caused the exchange to shut down for about 30 minutes. The exchange defended itself by pointing out that the insurance funds are assigned only to avoid Auto-Deleveraging for profitable traders, not for reimbursing losses.

Notice how the insurance fund fluctuated on the 12th and 13th March. It dropped drastically on 12th and increased by higher proportions the following day. Moreover, it witnessed a gradual decline after that as the volatility in prices remained high. Suggesting that volatility and liquidations are not always profitable for the exchange.

According to datamish, about $2.6 billion in longs and $571 million in shorts have been liquidated in the last 30 days.

Nevertheless, questions still remain around the scale of the insurance funds which is quite large. Even during such catastrophic drops, the fund has managed to increase, even if slightly.

After another incident that prompted criticism of BitMEX last month was during the market slippage on XRP contracts. At the time, BitMEX explained that these are unavoidable situations, and are characteristic of such markets.

While some took the opportunity to market their price engine compared to BitMEX, there is sufficient evidence of slippage on other exchanges as well. Crypto trader XC tweeted,

Show me some data on slippages please. We all know bitmex is more liquid. I’ve seen complaints of 50-100$ slips on Bybit telegram and in cartel. It’s easy to claim less slippage with both data to back it up means nothing.

Liquidity and position sizes are one of the leading assets for any exchange. Due to the high leverage and extreme volatility, blood in the markets are inevitable.

Which exchange do you think is the best for crypto margin trading? Please share your views with us.