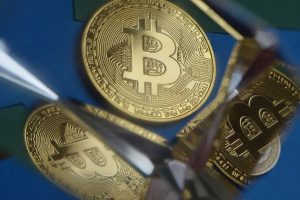 A renowned Bitcoin analyst is of the view that the coin’s equilibrium price is $9,000 and the current trend following the asset’s consolidation between $5,700 and $7,100 is bullish. This is according to data drawn from leading and approved exchanges.

In his view, and concluding from market data, he observes that BTC is currently undervalued by around $2,000 and the market specified neutral price is $9,000.

This is roughly three weeks after a market-wide capitulation that saw over $2 billion liquidations as price almost halved to $3,800.

“Meanwhile, over $2 billion liquidated (MEX) and heavily bought in to, with a market order delta suggesting price equilibrium to sit at least around 9K Considering spot exchange and on chain volumes too (see next tweet), this is a massive supply shift.”

Meanwhile over $2 billion liquidated (MEX) and heavily bought in to, with market order delta suggesting price equilibrium to sit at least around 9K

Considering spot exchange and on chain volumes too (see next tweet), this is a massive supply shift

I made this case on March 14 pic.twitter.com/LnpyE2Xd6O

At the moment, BTC prices are galloping higher, and notably, the number of open interest is also on the rise. As observed, Open Value—a product of open interest and price is range bound. This, the analyst says, is bullish and an accumulation after a dismal March 2020.

According to data streams from Skew, the number of open interest at BitMex stands at $560 million, an improvement over the last few days when traders rushed to the exits as prices tumbled from mid-February.

A spike in open interest, which is the measure of open contracts at leading derivatives platforms, is bullish and points to participation especially when uncertainty abounds.

Nonetheless, there is excitement across the board that Bitcoin is finally bottoming up.

Bitcoin is Bearish because of Mar 12 Candlestick

However, despite his views, BTC is under the grip of bears and prices are in oscillating inside the Mar 12 bear candlestick.

Technically, a trend is considered bullish or bearish only when there is a sharp breakout from within a range with high trading volumes.

While it’s true that BTC is above a minor resistance line, it is still held inside the Mar 12 trade range, and the break above volumes were below average.

Unless there is a sharp uptick in trading volumes and prices break out above the Mar 12 trade range, bears are in control despite the current bullish sentiment.