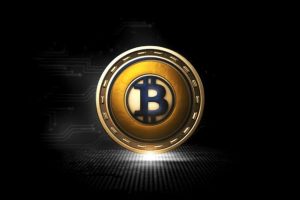 Over the last few days, major Bitcoin forks have undergone their halving process – a month before the original chain experiences its own halving. After Wednesday’s halving on Bitcoin Cash ABC (BCH), Bitcoin SV completed its halving at 0048 hrs GMT on April 10th effectively cutting the supply rate of the token from 12.5 BSV to 6.25 BSV.

While a number of analysts believe the halving is expected to propel BSV’s price upwards, it has been anything but. The sixth-largest cryptocurrency currently trades at $191.65 across major exchanges, representing a 12% drop in the past 24 hours.

Similar to Bitcoin’s halving, Bitcoin SV experienced the block reward halving at block #630,000 on Apr. 10, cutting the mining reward to 6.25 BSV. According to Blockchain’s Bitcoin SV explorer, the first halving ever on BSV happened some minutes after midnight GMT and sets afresh the quadrennial wait for another halving.

According to the explorer, an unknown mining account claimed the first block reward after halving. Bitcoin Cash’s first block was mined by Bitmain’s Antpool miner on April 8. The notion that a halving should be a positive for the blockchain (as seen with BTC’s prior halvings) has not quite materialized for both BSV and BCH (shows promise) since their halving.

Just as the market was appreciating following the massive ‘Black Thursday’ crash on March 12, BSV’s and BCH’s prices are tanking following the halving. On Apr. 8 as BCH completed its “uneventful” halving, BSV grew against the dollar from an intraday low of $185 to an intraday high of $226 on Apr. 9 crossing the SMA 50 resistance level.

However, since halving the coin has lost over 14% to trade at $191 as at the time of writing. The price is on the cusp of dropping below the SMA50 which signals a very bearish scenario for the token.

Only a third of the BSV blocks mined

In response to price tanking, the profitability of BSV mining is also wanting as miners, who once shared over $400,000 in daily rewards from the token, are only able to recoup half of this. According to Coindance statistics, it is currently 55.60% more profitable to mine BTC than BSV which has seen miners switch their hardware to BTC mining as the two tokens use the same SHA256 algorithm.

The remaining miners on the blockchain are also not motivated in the mining of the coin. Since the halving, over 12 hours ago, only 25 of the expected 72 blocks have been mined. This represents only a sixth of the total output required in a day.