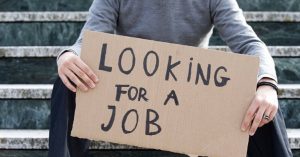 The stock market and Bitcoin are unexpectedly pumping amid a flurry of bad news. In the United States, the number of COVID-19 cases continue to rise, straining an overwhelmed health care system.

Concurrently, the number of affected citizens has gut-wrenchingly soared.

From the latest statistics, the number of citizens who lost jobs because of the coronavirus scourge–and therefore applying for relief through unemployment claims, is up 6.6 million against the forecasted 3.6 million, a near 100 percent increase.

Last week, 6.6 million applied for unemployment. Millions more will lose their jobs in the coming weeks. In the midst of this horrific crisis, Congress must pass a new, unprecedented emergency bill that guarantees income and health care for all Americans. Working on details now.

These statistics are scaring, sending shock waves to the financial markets and the US Economy.

With the leader being the United States, if the situation worsens, there are high chances that the global economy will sink, dropping into a recession, the worse of its kind, exceeding the Great Depression of the 1930s.

This is despite news of President Trump’s optimism that the situation will the contained.

Your daily reminder that Donald Trump fraudulently told Americans that COVID-19 cases would drop to 0 by April. Tragically, however, we now are at 216,500 cases with no end in sight. The con man’s attempt to lie coronavirus away should disqualify him from the next election.

There have been cases of nurses taking care of patients resigning fearing infections amid a scarcity of protective N95 masks and gloves.

This nurse on the frontlines in the US wanted to wear her own face mask to work while caring for patients with #coronavirus. But she was told by her manager she was not allowed to and was forced to quit her job. pic.twitter.com/ZPFXWQ3Pqc

While the stock market recovers, analysts are cautious, expecting another wave of dumping marking the end of a 10-year stock market rally in the US.

It is their view that the rampant spread of COVID-19 will not only disrupt supply chain and depress factory activity, but the government handling of the scourge could increase fatalities casting a dark shadow on the US economy, suppressing and even delaying its recovery in the long run.

Bitcoin Recovers, Trader urging others not to make Sense out of this Bounce

In the meantime, Bitcoin bulls are taking charge, at least temporarily.

A trader, Josh Rager, isn’t confident of the bounce saying it is wise not to “make sense out of this” and instead “just trade the market you’re given.”

“Bitcoin pumping, stocks Pumping but unemployment and covid cases up Don’t try to make sense of it, just trade the market you’re given Right now, Bitcoin is holding support at prior resistance, and likely sees $7k+ unless stock fumble Closing above $6813 is higher close.”

$BTC pumping, stocks Pumping but unemployment and covid cases up

Don’t try to make sense of it, just trade the market you’re given

Right now, Bitcoin is holding support at prior resistance, and likely sees $7k+ unless stock fumble

Closing above $6813 is higher close pic.twitter.com/8fumJ3Ntrf

Although March marked the beginning of a painful downtrend, the market has held back losses, shedding 24 percent. Encouragingly, the CME’s Bitcoin reference rate (BRR) revealed that 103,000 BTCs were traded in the month.

“Bitcoin ends March falling 24.6 percent for the month having been down over 40 percent on March 16th, BRR sees record breaking volumes capturing over 103k Bitcoins traded. BRR – the most trusted source Bitcoin pricing.”