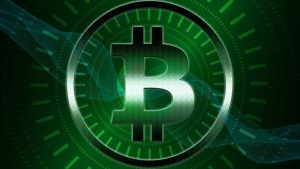 What does it mean? This has Direct #Bullish impact on Alts
Mainly Majors & Mid Caps Vs. Bitcoin pic.twitter.com/PbiopPnKwQ

In spite of the falling BTC dominance rate, BTC/USD has been performing exceedingly well in comparison to the altcoins. The recent surge towards $7,500 confirmed the return of the bulls into the market following the fall under $4,000 on March 12. Most altcoins are still heavily correlated to Bitcoin price including Ethereum, Litecoin and Bitcoin Cash.

BTC/USD is trading at $7,278 at the time of writing. An ongoing bearish momentum risks testing the support at $7,200. Besides, the RSI retreat from the overbought (above 70) hints that sellers could keep on gaining traction against the buyers. On the upside, $7,300 is the immediate resistance. The movement towards the critical $7,400 level must be strong enough to break the resistance at $7,500 in order to pave the way for gains towards $8,000.

Bitcoin is barely a month away from its third mining reward halving event scheduled to take place early in May. Past halving events have been characterized by increased volatility prior to and after the process. As speculation mounts across the market, I believe Bitcoin could gain the energy to clear the hurdle at $8,000. Performance following the halving could be the beginning of the much-awaited rally above $10,000 and towards the all-time high.