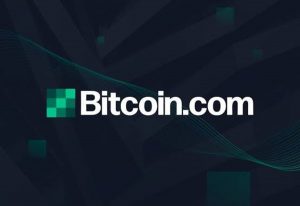 The Bitcoin Cash (BCH) community is at a tough spot as recent reports show a different type of halving from what the enthusiasts were expecting in the next five days or so. Are the two related in any way?

Fear factor: Bitcoin.com ‘fires’ half of the workforce

Reports show close to 50% of the workforce at Bitcoin.com, one of the largest proponents of Bitcoin Cash (BCH), has been let off following the effects of the Corona Virus. According to Corona Virus’ job tracker alert, Candor, nearly 50% of the workforce at the mining pool and website venture has been sacked amidst the upcoming block reward halving on April 8th, 2020.

The increasing pressure on Bitcoin.com is clearly showing after recently losing their long term CEO, Roger Ver (still works as Executive Chairman) form the day to day running of the company, now 50% of the 132 employees, as shown on their LinkedIn page, are reported to have left the company.

“Tough times for CEO of $BCH, @rogerkver. CEO of Bitcoin.com left, they’re going for a “leaner” approach but according to a report on https://candor.co/hiring-freezes/ they’ve fired 50% of the staff. Let’s hope that he is forced to sell the bitcoin domain that he’s using to scam people soon.”

The “leaner” approach being adopted by the company may be heavily influenced by the upcoming block reward halving estimated at block 630,000 – roughly 5 days away. As the miner reward drops from 12.5 BCH to 6.25 BCH in line with the Bitcoin (BTC) halving, the company is expected to suffer financially as the low prices of the token eat into its mining profits. Could this have led to the massive “sack”?

The Bitcoin Cash halving will closely be followed by Bitcoin Satoshi Vision (BSV a day later, in what gives a teaser of the happenings following Bitcoin’s halving this May. We’ll keep an eye out for these events for you!